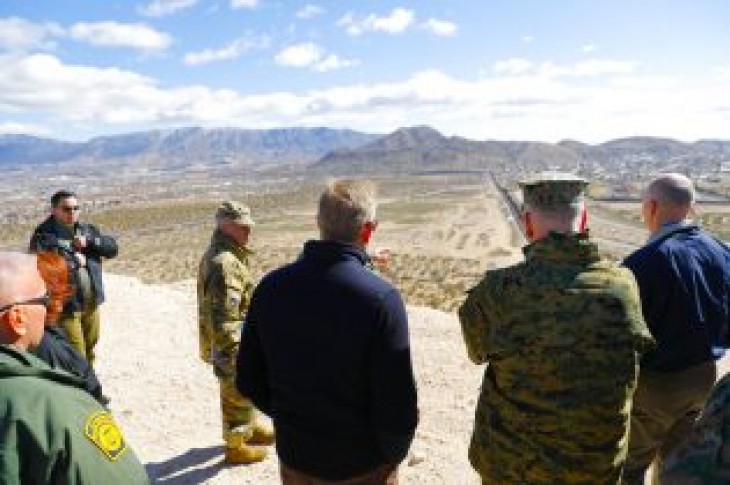 The Pentagon plans to send an additional 1,000 troops to the U.S.-Mexico border.

In an announcement on Friday, the Pentagon said the move directs troops to install barbed wiring along existing border fences.

Acting Secretary of Defense Patrick Shanahan, center, and Joint Chiefs Chairman Gen. Joseph Dunford, second from the right, looks across the horizon during a tour of the US-Mexico border at Santa Teresa Station in Sunland Park, N.M., Saturday, Feb. 23, 2019. Top defense officials toured sections of the U.S.-Mexico border Saturday to see how the military could reinforce efforts to block drug smuggling and other illegal activity, as the Pentagon weighs diverting billions of dollars for President Donald Trump’s border wall. (AP Photo/Pablo Martinez Monsivais)

In a briefing, defense officials added the total number of troops would reach 6,000 by March 1st, with another 140 miles of wiring being installed.

Some will also be assigned to detection and monitoring between ports of entry.

The move comes after 5,000 U.S. troops were sent to the border last October in response to a migrant caravan working its way toward the U.S.-Mexico border. 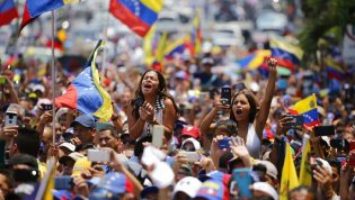 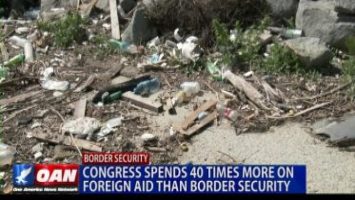