After two full months of parabolic uptrend, Bitcoin’s bullish momentum has started to wane, and a deep, overdue correction is expected by much of the crypto community. Following a strong rejection at $9,000, Bitcoin price has fallen below $8,000 where it’s retesting the former support turned resistance.

The break in Bitcoin price parabola back at the crypto asset’s all-time high of $20,000 resulted in an over 80% decline in value – a decline almost perfectly predicted by professional career trader Peter Brandt. In the wake of the break of Bitcoin’s most recent parabolic rise, the trader is back at it once again, calling for an 80% decline in Bitcoin price that could take it to a new low in the $2,000 range.

Price recovered, but was unable to re-enter a triangle chart formation, essentially confirming that the rally was indeed over.

Another indicator the the rally had ended, according to professional career trader Peter Brandt, is a “doji top” on Bitcoin’s weekly chart. Doji candles at the top or bottom of a trend signals exhaustion of the said trend, and could indicate that a reversal is near.

Further evidence painted on the chart can be seen in increasingly smaller green candles leading up to the doji. This week’s candle is already well in the red, and after four consecutive monthly green candle closes, the probability that Bitcoin closes the month of June in the red is high.

In Brand’s analysis that the “correction” beginning with the “doji top” on the weekly chart, his chart appears to highlight a price target – depicted by a red “x” in the lower right-hand corner – of between $2,100 and $2,900.

Such a target would suggest that a nearly 75% decline in value from here is next for Bitcoin holders who just recently shed their disbelief and moved into the hope phase that a new bull run may be beginning.

A drop of 75% to new lows would be a devastating blow to the entire crypto market, and potentially have long-term negative implications as most long-term moving averages would death cross once again.

Coming out of a bear market with such bullish momentum, it’s difficult to consider that Bitcoin price may fall back down to new lows at $2,000, but Peter Brandt in the past has called the price targets of parabolic breaks with chilling accuracy.

Should the career trader be correct once again, there’s lot more pain to come for Bitcoin investors. It’s also worth noting, though, that Brandt recently tweeted that Bitcoin had “stabilized” and was “dipping” his “toes” back into the water with a position in Bitcoin – an asset he’s repeatedly claimed to be bullish on long-term.

Take from his flip-flopping stance what you will, but there’s no denying the next days in Bitcoin are critical and will have a major impact on where the asset trends next. 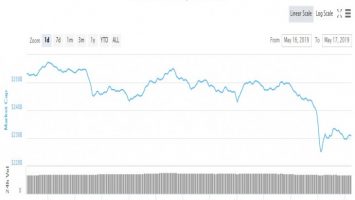 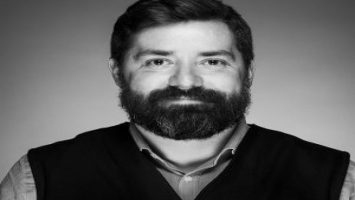