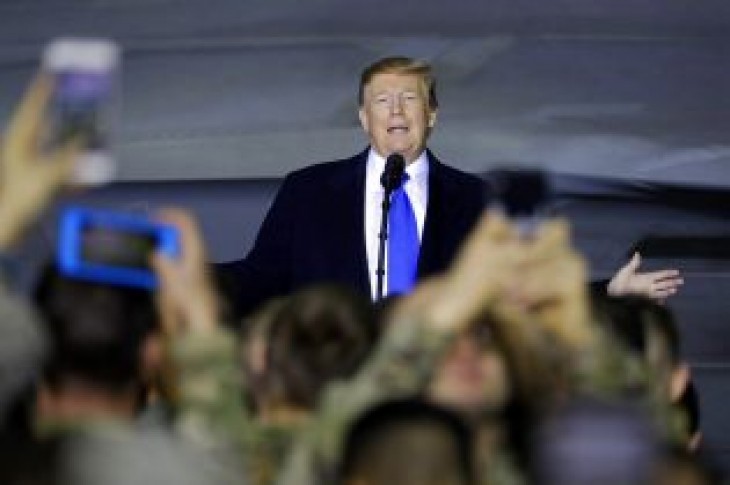 President Trump delivered a surprise speech to hundreds of troops in Alaska during an Air Force One refueling stop.

The president visited Elmendorf Air Force Base in Anchorage Thursday, while en route back to Washington from Vietnam.

He praised the Alaska-based troops and touted his administration’s efforts to help rebuild the military as his 2020 defense budget is set to be released next month.

President Donald Trump speaks to service members at Joint Base Elmendorf-Richardson, Thursday, Feb. 28, 2019, in Anchorage, Alaska., during a refueling stop as he returns from Hanoi. (AP Photo/ Evan Vucci)

"You are a powerful warning to never strike American soil. You are a warning that everybody knows about and nobody wants to play with." 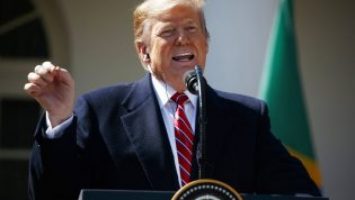 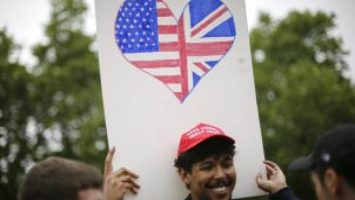