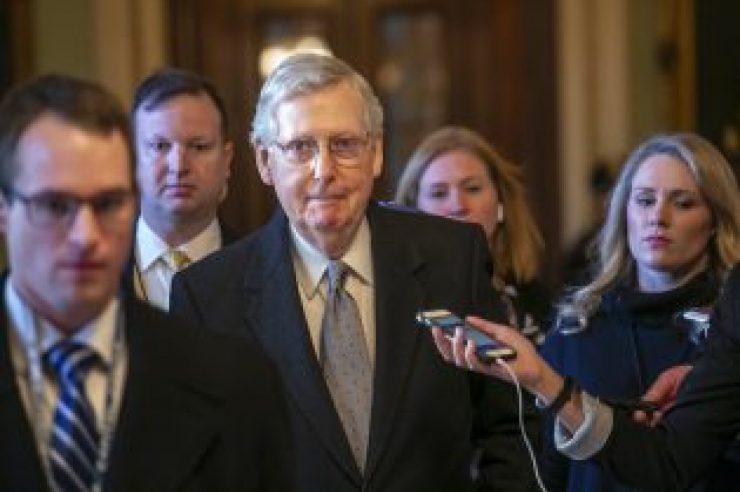 According to President Trump, the GOP is united in the face of Democrat obstruction as the country continues to reel from the government shutdown.

On Twitter Wednesday, the president said there’s “great unity in the Republican Party.” He added, he wants to “once and for all, put an end to stoppable crime and drugs.”

He then went on to say border security and the border wall are undoubtedly needed.

Great unity in the Republican Party. Want to, once and for all, put an end to stoppable crime and drugs! Border Security and Wall. No doubt!

This message comes as the Senate is set to bring two bills for procedural votes Thursday. One is based on the president’s “common-sense compromise deal,” which includes money for the wall. The other is the Democrats’ continued resolution, which would fund border security yet wouldn’t include funds for a border barrier.

Senate Majority Leader Mitch McConnell, R-Ky., leaves the chamber after speaking about his plan to move a 1,300-page spending measure, which includes $5.7 billion to fund President Donald Trump’s proposed wall along the U.S.-Mexico border, the sticking point in the standoff between Trump and Democrats that has led to a partial government shutdown, at the Capitol in Washington, Tuesday, Jan. 22, 2019. (AP Photo/J. Scott Applewhite) 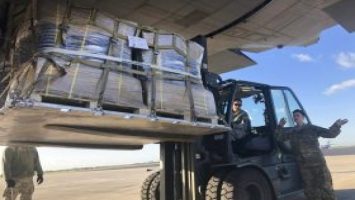 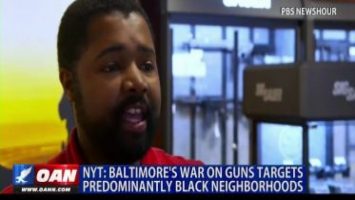