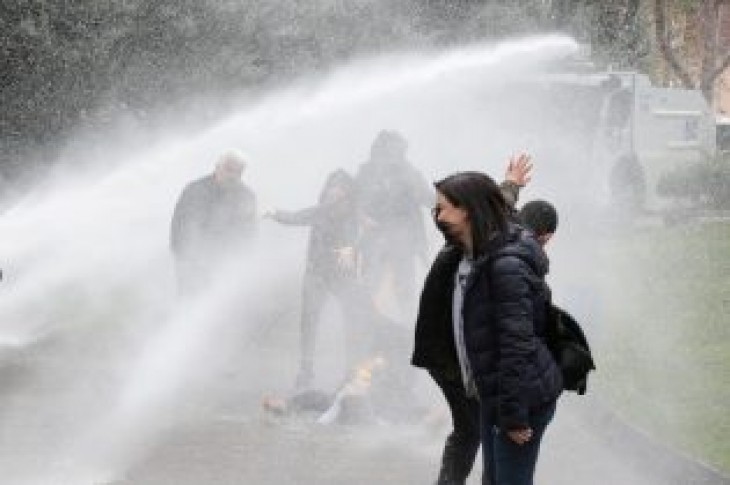 DIYARBAKIR, Turkey (Reuters) – A lawmaker from Turkey’s pro-Kurdish opposition was injured when police fired water cannon to disperse protests against results of the March 31 local elections in southeastern Turkey, a Reuters witness at the demonstrations said.

Last week, the Peoples Democratic Party (HDP) said it was being targeted in an “organized political plot” after the High Election Board (YSK) ruled that several HDP mayors-elect could not take office because they had previously been dismissed from their jobs under a government decree.

Demonstrators gathered in the Baglar district of Diyarbakir, the main city in Turkey’s largely Kurdish southeast, to protest the YSK’s decision to give the mandate to the second-placed candidates, members of President Tayyip Erdogan’s AK Party.

Police intervened after demonstrators ignored orders to disperse and fired on the crowds with water cannon.

HDP lawmaker Remziye Tosun was thrown to the ground, causing her to lose consciousness, footage from the site showed, though there was no suggestion that police had deliberately targeted her. Tosun was then taken to hospital, the witness said.

Initial results from the local elections show the AKP lost control of Istanbul, the capital Ankara, and other key cities in a shock setback for Erdogan. However, the AKP has appealed for the vote in Istanbul, Turkey’s largest city, to be annulled and re-run over what it said were irregularities that impacted the outcome.

The YSK has rejected several appeals against initial results by the HDP, which has strong support in the southeast, and other opposition parties, while the AKP has also had some objections overturned.

Erdogan’s government accuses the HDP of links to the outlawed Kurdistan Workers Party (PKK), which has waged a decades-long insurgency in southeastern Turkey. The HDP has denied direct links, but thousands of its members have been dismissed or jailed.

The HDP has lost control of several municipalities that were seized by the state in 2016, about two years after the previous local elections in 2014. State officials were appointed instead of the elected mayors. 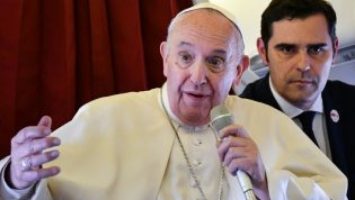 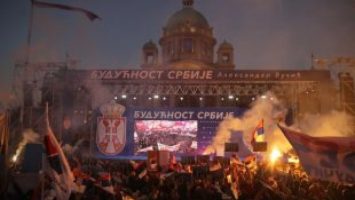