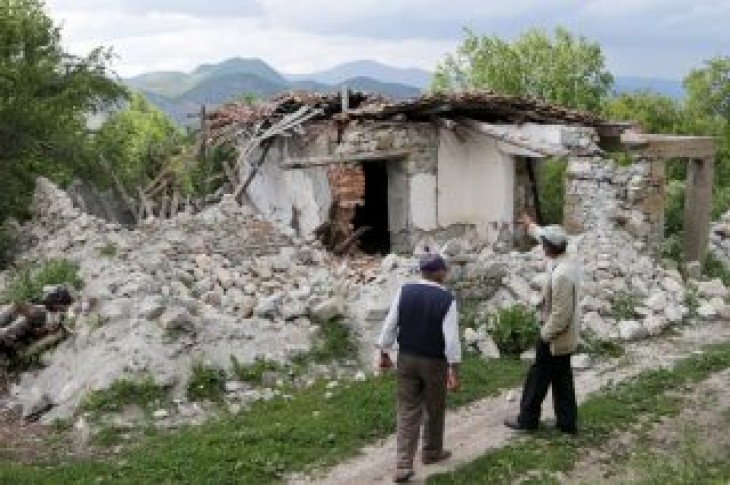 FLOQ, Albania (Reuters) – Six earthquakes in the space of two hours, the first with a magnitude of 5.3, shook south-eastern Albania on Saturday, injuring four people and causing damage to 100 houses, authorities and eyewitnesses said.

Four people were hurt from the collapse of the walls, roofs and plaster of their houses, and were taken to hospital in the region’s main town of Korce in eastern Albania, the Defence Ministry said.

“It was 06:30 when I went out to milk the cows when the earthquake struck. I woke up the children and the adults and we ran outside, all of us,” Petrit, 60, told Reuters in the village of Floq, the epicenter of the earthquakes.

The roof of Petrit’s house had collapsed over two rooms. Some 70 houses were damaged in Floq and the nearby village of Dvoran, the Defence Ministry said.

Half of the 100 damaged house were abandoned old structures, the Defence Ministry said. Soldiers were pitching military tents in Floq and firefighters were also there.

Fifty families in the mostly-damaged neighborhood of Floq had abandoned their houses for fear of other quakes, finding shelter either in the military tents or with relatives, the villagers said.

The first earthquake had its epicenter 15 km southeast of the town of Korce at a depth of 14 km and was followed by another seven minutes later at a depth of 18 km in an area bordering Greece and North Macedonia.

Lower intensity tremors continued in Korce and the southern area of Gjirokaster, on the border with northern Greece. 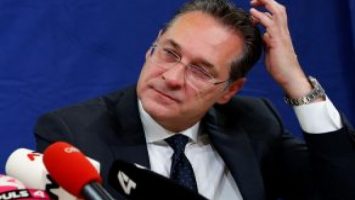