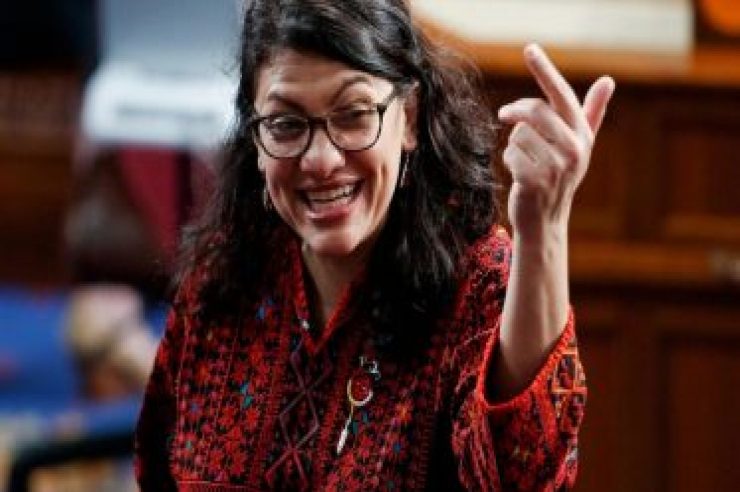 Efforts to prevent Congresswoman Rashida Tlaib from leading a trip to the West Bank are underway amid claims it could hurt the U.S.’s relationship with Israel.

Republican Congressman Brian Babin sent a letter last week to House Speaker Nancy Pelosi, saying the congressional West Bank trip funded by taxpayer dollars should not be led by a politician with ties to anti-Israeli extremists.

Representative Tlaib, who is the first Muslim to become a U.S. House Representative, recently received backlash for posing for a picture with Abbas Hamideh. Hamideh is a supporter of the terror group Hezbollah. In the past, Hamideh has compared Zionism to Nazism, and has claimed living in Israel is like living under the authority of the Islamic State.

“Asking the Palestinian people to live under a Jewish state, is like asking the Muslim people, or all citizens of Syria, to live in ISIS,” he stated.

In this Thursday, Jan. 3, 2019 photo, then Rep.-elect Rashida Tlaib of Michigan, is shown on the house floor before being sworn into the 116th Congress at the U.S. Capitol in Washington. (AP Photo/Carolyn Kaster)

Tlaib has also publicly supported the Boycott, Divestment, Sanctions (BDS) movement, which is an anti-Israel boycotting group that calls for the U.S. to cut aid and any kind of support to the Jewish state. The group also supports a one-state solution, which would lead to Israel being erased from the map.

The West Bank visit is set to be a counterattack on this year’s AIPAC, the annual American Israel Public Affairs Committee, which advocates for policies and ideas supporting the state of Israel.

In the meantime, there’s no word yet on if Speaker Pelosi has responded to the letter,

If Congress allows her to continue on with her trip, Tlaib said she plans to take her colleagues to the northern West Bank area to visit her grandmother and show them a different perspective of this Middle Eastern conflict. 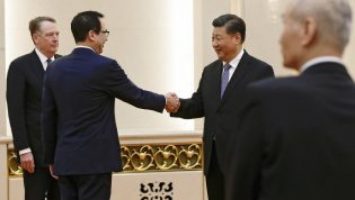 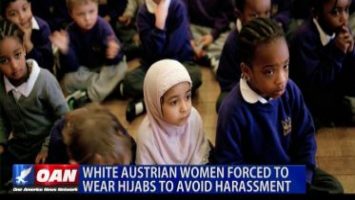