Many of its proponents argue that the greatest impact Bitcoin will have on society will be in developing nations. The belief is that the current most popular permissionless and non-government-correlated asset will one day allow for those in emerging markets to access banking-like services to connect the billions around the world lacking them with a global economy.

Whilst such arguments make Bitcoin irresistibly virtuous to some, outside of theoretical musings, there has been little to suggest that such an adoption is actually happening yet. However, recent research indicates that emerging markets are rapidly getting into Bitcoin and their buying patterns suggest that their interest lies in more than simply speculation.

Bitcoin Adoption: The Haves Speculate Whilst the Have Nots Survive

According to research conducted by Passport Capital, the trading volume at Local Bitcoins in emerging markets now far exceeds that in developed markets.

For the study by Passport Capital, used data from Coin.Dance, along with MSCI classifications to determine which nations fell into which market category. As you would expect, much of Europe, North America, Australia, Japan, Singapore, and New Zealand fell are deemed developed markets.

Meanwhile, Brazil, Chile, Colombia, Mexico, Peru, Czech Republic, Egypt, Greece, Hungary, Poland, Qatar, Russia, South Africa, Turkey, UAE, China, India, Indonesia, Korea, Malaysia, Pakistan, Philippines, Taiwan, and Thailand, fell into the category of emerging markets. A third classification – frontier markets – is also defined by the MSCI but appears to have been ignored by Passport Capital. This may be due to the lack of Local Bitcoins availability in many “frontier market” nation states.

Interestingly, Local Bitcoins volume in emerging markets first overtakes that in developed markets in early 2017. After spending the first two quarters of the year with similar trading volumes, those observed at the peer-t0-peer Bitcoin marketplace site in poorer nations seriously outperformed developed markets at the tail end of 2017 and have done ever since.

Whilst it is encouraging to see emerging markets accounting for such a large percentage of peer-to-peer trading, the figures themselves do not reveal too much about the actual adoption of Bitcoin in such markets versus the developed world. This is because there are so many more options available for those with bank accounts and access to dedicated digital assets trading platforms.

However, what is particularly fascinating about the research conducted by Passport Capital is that interest in trading at Local Bitcoins in developed nations seems to follow price whilst the volume figures from emerging markets has grown in recent years, even as price has declined. This suggests that buyers in richer parts of the world are simply speculating on the asset, whilst those living in emerging nations are actually using it.

Following the massive spike in price and trading Local Bitcoins trading volume at the end of 2017, the interest in buying using the marketplace has fallen until very recently in developed markets. Conversely, after a brief pullback, the interest in using the service in emerging markets has grown steadily since early 2018. This, according to Passport Capital, suggests usage outside of pure speculation.

Likely uses for Bitcoin in such nations include using it to access a wider digital economy where banking infrastructure is likely, or as a means to opt-out of the economy of a nation in times of financial or political turmoil. 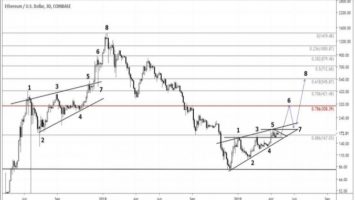