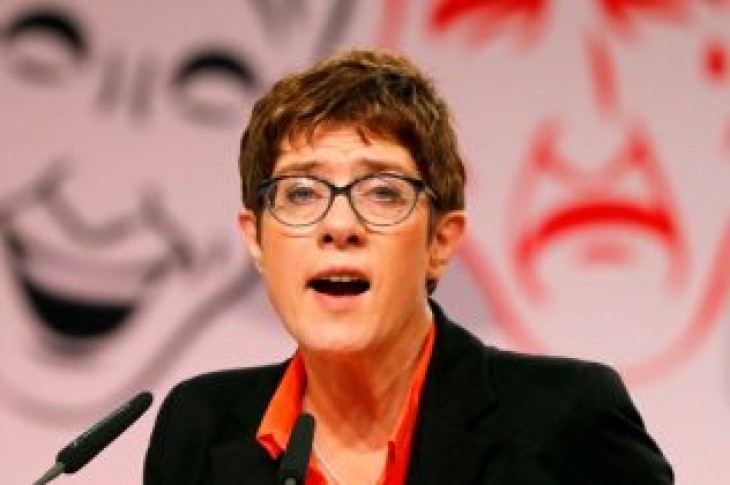 BERLIN (Reuters) – The leader of Germany’s ruling Christian Democrats (CDU) has responded to French President Emmanuel Macron’s ideas for a “European renaissance” by offering some overlap with his vision, while also warning against too much centralization.

Under the title “Doing Europe Right”, Annegret Kramp-Karrenbauer echoed Macron by calling for a reform of the European Union’s migration policy, but rejected his idea for a European minimum wage and cautioned against collective debts.

Kramp-Karrenbauer’s response to Macron fills a void left by Chancellor Angela Merkel, who is under pressure from her party to engage with him more fully after leaving her spokesman to simply say Germany supports discussions about the EU’s future.

“Our Europe needs to become stronger,” Kramp-Karrenbauer, who succeeded Merkel as CDU leader in December, wrote in an opinion piece for the Welt an Sonntag weekly newspaper.

But she added: “European centralism, European statism, the collectivization of debts, a Europeanization of social systems and the minimum wage would be the wrong way.”

That appeared to counter Macron’s call for a European minimum wage, adapted to each country, and also highlighted the entrenched resistance in Berlin to any moves that could make Germany liable for other countries’ debts.

Macron’s proposals, unveiled in an open letter to citizens of Europe that was published this week in newspapers across the EU, aim to protect and defend Europe’s citizens while giving the 28-nation bloc new impetus in the face of global competition.

Since winning election as French president in 2017, Macron has championed EU reform, but wariness in Berlin of increased burdens on German taxpayers has left him short of big-bang measures.

Presenting her ideas, Kramp-Karrenbauer, who is Merkel’s protege and in pole position to succeed her as chancellor, called for an internal European banking market to ensure that Europe’s businesses can secure financing in the EU.

She also said a joint EU innovation budget should fund new technologies, tax loopholes should be closed in the bloc and a digital tax introduced based on an Organisation for Economic Co-operation and Development (OECD) model.

Kramp-Karrenbauer, like Macron, called for a reform of migration policy, but stressed that tackling migration at its source, protecting Europe’s external borders and absorbing asylum seekers were roles that should be shared fairly.

She added: “In future, the EU should be represented with a common permanent seat on the United Nations Security Council.” 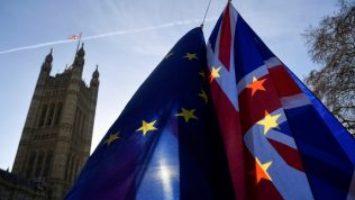 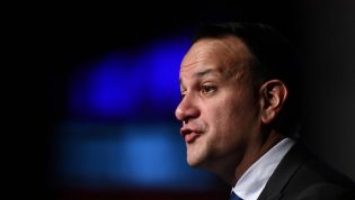