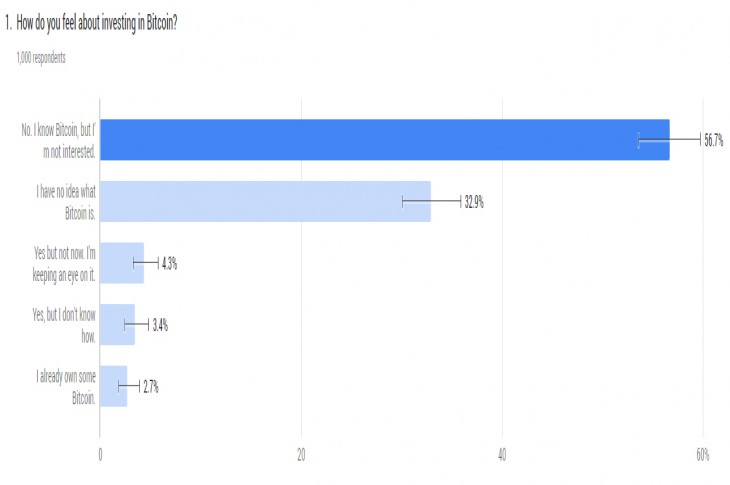 Following a tough 18-month bear market, it finally seems as though the good times are right around the corner. With this, talk of cryptocurrency, within family and social circles, is also returning.

But despite the development of infrastructure and acknowledgment from both public and private authorities, Bitcoin still lingers as a dirty word. Especially amongst the older generation, who see fit to “lecture” friends and family over the pitfalls of investing in cryptocurrency.

As a volatile investment, it’s no surprise that Bitcoin ranks lowly with the risk-averse. Of which, those approaching retirement tend to struggle the most in “seeing the light.” A survey by Gold IRA Guide asked 1,000 US participants aged 50+ their thoughts on investing in Bitcoin.

The results show more than half (56.7%) are aware of Bitcoin but have no interest in investing. David Crowder, the author of the article for Gold IRA Guide, concluded this was due to a lack of education around cryptocurrencies. Yet, an equally likely reason and one not mentioned in his piece relates to the scam reputation that blights cryptocurrency.

And it’s understandable why “outsiders” would hold negative sentiment towards cryptocurrency. Tom Robinson, a co-founder of blockchain intelligence company Elliptic, spoke about the notoriety of cryptocurrency:

“It is true the reputation at the moment is that cryptocurrency is the payment means of choice for scammers, terrorists and criminals.”

Moreover, for mainstream acceptance to happen, trust needs to be established within the crypto space. And most see this as a problem with (lack of) regulation, and to some extent it is. However, a deeper level of change needs to happen concerning ingrained beliefs about what money is.

Attitude Towards Bitcoin Are Unfavorable

Lou Kerner, CEO of crypto events company Crypto Oracle, wrote an article about people’s aversion to cryptocurrency. He mentioned ten reasons why people do not believe in cryptocurrencies. One of which is the perpetuation of the idea that only governments issue currency. He wrote:

“It’s hard to get people to appreciate that they are better off believing in an algorithm, like the one that runs Bitcoin, than their own government. Even Wikipedia says “Currencies in this sense are defined by governments.”

And it is this conditioning, which stops people, especially those of the older generation, from accepting that Bitcoin has validity. As well as that, an overriding (misplaced) trust in legacy systems makes the task of legitimizing cryptocurrency difficult.

For those of you who think #bitcoin is a scam: everything sounds like a scam if you don't understand it.

One Reddit user shared his experience of discussing cryptocurrency with this father. Needless to say, the father was horrified with his son for dabbling in Bitcoin. The Redditor wrote:

“He went on a tirade about how I “never listen to him” and that I should have bought out a long time ago after he told me about some FUD article he read 2 years ago about how Bitcoin was a massive scam. He said if I want to give him and Mom peace of mind, I should sell now, invest all of the money into a Roth IRA, and never look back.”

As much as the crypto space has come on in terms of legitimacy, both from an institutional and regulatory standpoint, cryptocurrency remains a niche offering. With that comes misunderstandings, from the wider public, regarding the core concept of Bitcoin. Which is, building a fairer society.

For things to change, a collective “letting go” of the old world needs to happen. Sadly, this is too much to ask of those who find comfort in familiarity. With that in mind, Bitcoin will remain a dirty word until such time as the consensus attitude, on what constitutes money, changes.

1/2 People from the old world of traditional finance like to hate on our crypto community. Still, we’re here building things for each other, educating people, helping, and working together. We believe in a future where banks don’t decide for you.

The post Retirees Do Not See Legitimacy In Bitcoin, Will Mainstream Adoption Happen? appeared first on NewsBTC. 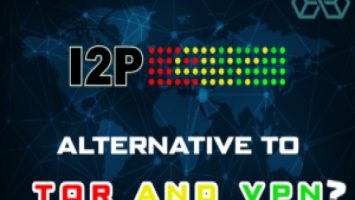