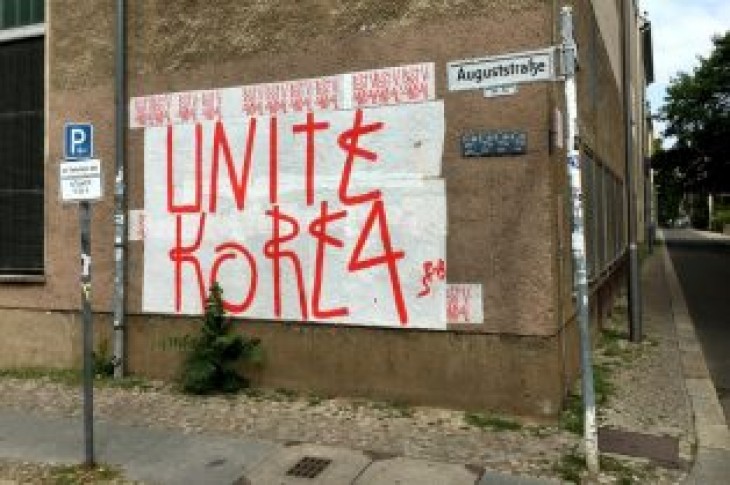 BERLIN (Reuters) – Politicians and campaigners are urging Germany to use the lessons of its own reunification to help bring North and South Korea together, but Berlin is in no rush to take up the challenge.

A second summit between U.S. President Donald Trump and North Korean leader Kim Jong Un planned for later this month has raised hopes for lasting peace on a peninsula divided since war there ended in a truce more than 65 years ago.

Reflecting that optimism, diplomats, politicians and foreign policy experts say Germany, which has an embassy in Pyongyang, should be exploring back channels for talks, offering advice on treaty negotiations, and promoting dialogue. But instead, in their opinion, it is falling short.

“Germany has a special role to play. Germany and the city of Berlin are for most Koreans symbols of reunification,” said South Korea’s ambassador to Germany, Jong Bum Goo.

“Our government wants to integrate North Korea into the international community but in my view the German government is still rather passive on this,” Jong told Reuters.

Despite this, some former leaders of Communist East Germany, Berlin’s Free University, some parliamentarians, and civil society groups are engaging with North Korea to share the lessons of German reunification nearly 30 years ago.

While nobody is seriously talking about a German-style reunification in Korea, a thaw could lead to a peace deal that would usher in stability in North East Asia.

A senior South Korean diplomat in Seoul told Reuters that the government had not made any specific request of Berlin and was “grateful for Germany’s ongoing support for inter-Korean reconciliation”.

However, many experts agree that Germany, one of the few countries with diplomatic relations with North and South Korea and also with personal contacts in Pyongyang dating back to Communist East German times, is being stubborn.

Hans Modrow, the last Communist leader of East Germany, who took the late North Korean leader Kim Il Sung on a boat trip down the Elbe in 1984, maintains an active interest, and visited both Koreas in September to discuss reunification.

“The U.S. president can have talks with the top man in North Korea but the Germans can’t even have their foreign minister have direct contact,” Modrow told Reuters.

“To achieve peace and security in Korea, we need more engagement,” said Modrow.

“I would like a bit more courage from the German foreign ministry so that Germany, as a reunited country, claims a special status and supports dialogue and exchange,” said Nataly Jung-Hwa Han, head of the Berlin-based Korea Association, which promotes understanding of North Korea.

Nobody was available at North Korea’s embassy in Berlin

Germany’s stance reflects its reluctance to assume a global role since the end of World War Two.

Foreign policy, which Merkel stresses is based on multilateralism, is embedded in that of the European Union and tends to follow the U.S. line. On North Korea, this means joining sanctions aimed at getting it to end its nuclear program.

The criticism of Germany comes 18 months after South Korean President Moon Jai-in came to Berlin to appeal for support.

“The end of the Cold War that started in Berlin will be completed in Pyongyang and Seoul, the new peace vision for North East Asia and worldwide will be implemented,” he said in 2017.

But his summit with the EU, in which Germany holds sway, failed to reach agreement.

“Our position was there’s a need for sanctions relief under the premise that denuclearization is realized,” the South Korean diplomat in Seoul said, adding the EU agreed in principle but insisted sanctions stay until North Korea takes concrete action.

Merkel has pledged to promote a peaceful solution of North Korean nuclear issues, but no action has followed.

“Deeds must follow words,” said a German-Korean youth forum which met in Daejeon in South Korea in October, adding there was big potential for Germany, and the EU, to play a consultative and mediatory role.

So far, moves toward Korean reconciliation have brought three summits, a military agreement to defuse tensions and more family reunions.

Joint North-South participation in last year’s Winter Olympics in the South has been followed by economic, cultural and personal exchanges.

“You would think it would be a long-term German policy to support a Korean solution,” said Bernt Berger, head of the Asia program at the DGAP think-tank in Berlin.

“It’s tragic because South Korea really wants German support as they think it would understand the situation and be able to help find solutions,” said Berger.

The foreign ministry said it was ready in principle to look at possible support for reconciliation but stressed this must be driven by the two Koreas.

“The top priority on North Korea is the complete, verifiable and irreversible denuclearization,” said a ministry official, adding that while Germany does have a special role, EU coordination was important.

Regardless of what their government does, interest is growing among Germans who recall East Germans pouring through the Berlin Wall and destroying the most potent symbol of the Cold War without a shot being fired.

Academic institutions see potential for cooperation. Berlin’s Free University and the Kim Il Sung University in Pyongyang signed a letter of intent to cooperate in social sciences in September.

The Berlin Wall Foundation, the Goethe Institute and South Korean game developer Nolgong unveiled an interactive game in January to encourage players to learn about Germany’s split and reunification and about Korea’s war and division.

But the main recommendation from Berlin is that Korea should not to copy Germany where after three decades, and transfers of about 2 trillion euros from West to East, inequalities persist.

“I stress Germany should not be a model,” Modrow said, adding it was essential to help North Korea catch up economically to avoid consequences similar to the rise of the far-right in Germany.

The South Korean ambassador sees two lessons from Germany for Korea: change will come via reconciliation, and reunification is complicated but worth pursuing.

“We think of the words of Brandt – what belongs together will grow together. We still believe that,” he said. 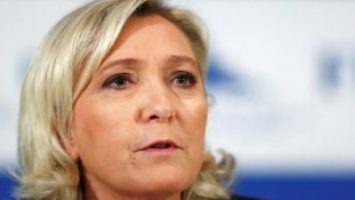 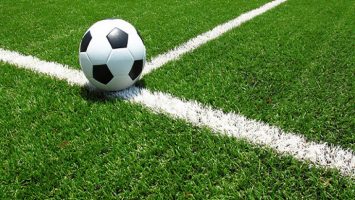