Brad Garlinghouse, the chief executive of Ripple, announced the news on Twitter and welcome Alderoty on board.

He will be joining as General Counsel in the company.

“Welcome to Team Ripple, Stu! So glad to have such an esteemed financial and legal expert on this wild journey with us. Never a dull moment when working to change the global payments system as we know it!”

He further noted that he could not think of a better addition to the Ripple legal team than Alderoty as they continue working with regulators and financial institutions around the world.

He added that Stuart’s experience and expertise would be crucial in supporting the growth of Ripple and the overall industry.

He will report directly to Garlinghouse and oversee all the legal services of the company.

He will also manage the company’s global legal and policy teams as well as the Bank Secrecy Act (BSA) compliance team.

Stuart brings with him more than 30 years of experience in banking and regulatory affairs.

He was previously employed with CIT, a leading financial institution where he focused on corporate governance, insurance risk management, and legal issues.

He was Executive Vice President, General Counsel and Corporate Secretary at the company.

Before this, he was working as the managing counsel at American Express after which he joined HSBC North America as General Counsel.

He also worked as a partner with LeBoeuf, Lamb, Greene & MacRae.

Alderoty thinks that blockchain technology is changing the financial services industry and Ripple is not only leading the transformation but also has a thoughtful policy approach.

“I am thrilled to join Ripple and work alongside this great team Brad has assembled as we find new ways to partner with leading policymakers and continue to create significant solutions for Ripple’s users and end-customers throughout the world.” 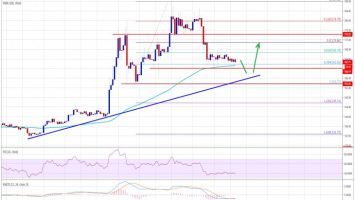