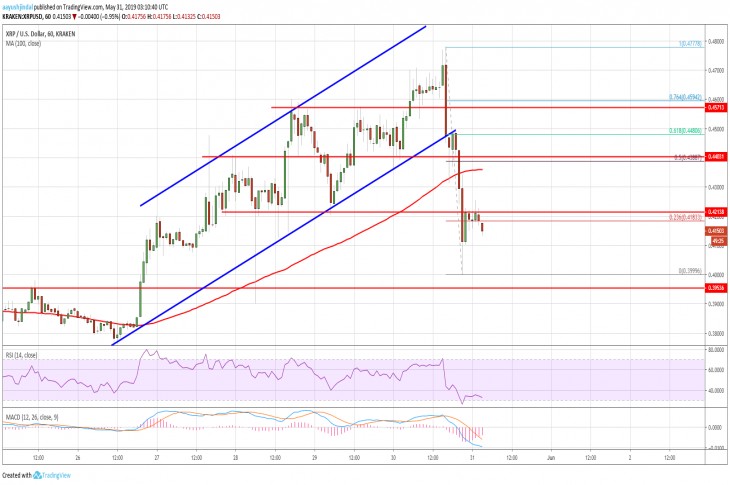 Ripple price declined sharply against the US Dollar, similar to bitcoin. XRP broke the $0.4400 support level, tested $0.4000, and it is currently correcting towards key resistance levels.

Yesterday, we saw further gains above $0.4500 in ripple price against the US Dollar. The XRP/USD pair traded above the $0.4600 resistance even climbed above the last swing high. A new monthly high was formed at $0.4777 before the price started a major downside move. It broke many important supports, starting with $0.4550 and $0.4500. There was a sharp decline below the $0.4400 support and the 100 hourly simple moving average.

Hourly MACD – The MACD for XRP/USD is slowly reducing the recent bearish slope.

Hourly RSI (Relative Strength Index) – The RSI for XRP/USD is now well below the 40 level, with a negative angle. 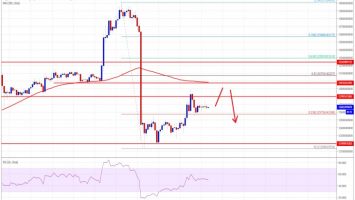 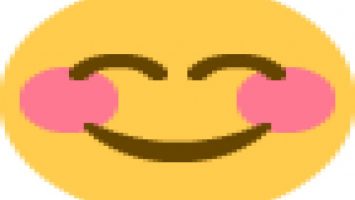