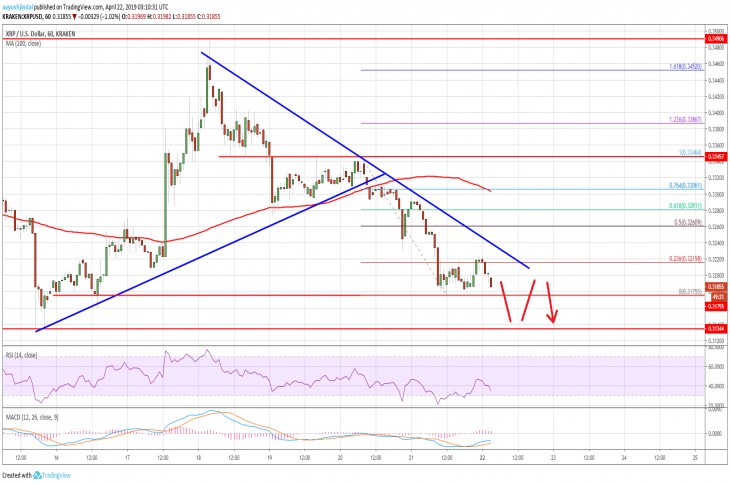 Ripple price is under a lot of selling pressure against the US Dollar and bitcoin. XRP must stay above the $0.3130 support level to bounce back in the near term.

After forming a swing low at $0.3134 low, ripple price climbed higher above $0.3250 and $0.3280 against the US Dollar. The XRP/USD pair even broke the $0.3320 resistance area and the 100 hourly simple moving average. The price finally pumped towards the $0.3500 resistance, where sellers defended more gains. A high was formed at $0.3490 and later the price started a major drop. The price started consolidating losses and later failed to climb back above the $0.3350 resistance area.

Hourly MACD – The MACD for XRP/USD is slowly moving in the bullish zone.

Hourly RSI (Relative Strength Index) – The RSI for XRP/USD declined below the 50 level, with a bearish angle. 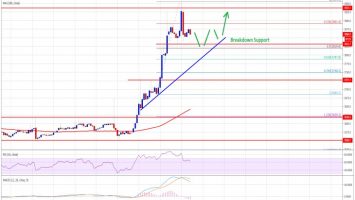 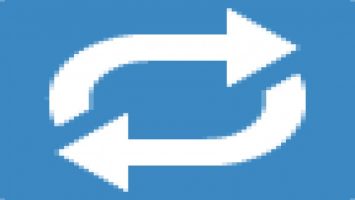