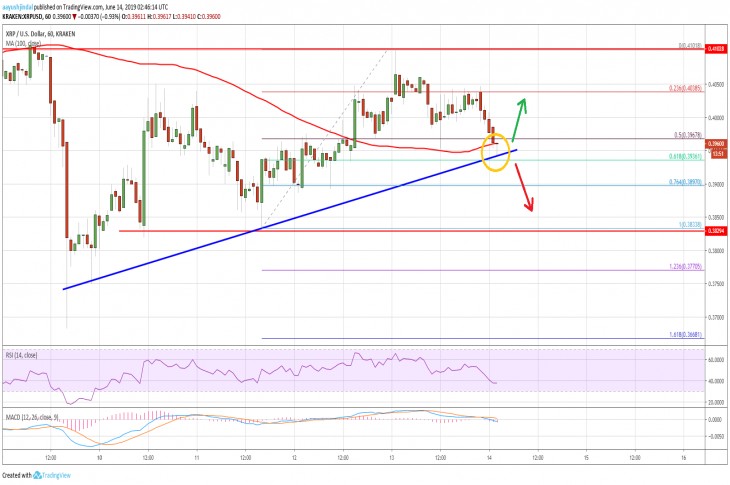 Ripple price is currently trading near key support levels against the US Dollar, similar to bitcoin. XRP is likely to extend losses if the bulls fail to keep the price above $0.3940.

Recently, the price started a downside correction below the $0.4050 support. There was a break below the 50% Fib retracement level of the recent wave from the $0.3833 low to $0.4108 high. Ripple price even broke the $0.4000 support area. However, the decline was protected by the $0.3940 support area. Moreover, there is a key bullish trend line forming with support near $0.3945 on the hourly chart of the XRP/USD pair.

Hourly MACD – The MACD for XRP/USD is gaining pace in the bearish zone.

Hourly RSI (Relative Strength Index) – The RSI for XRP/USD is now below the 40 level, with a bearish angle. 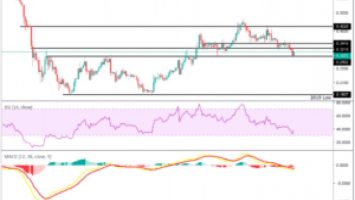 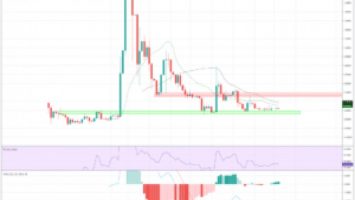