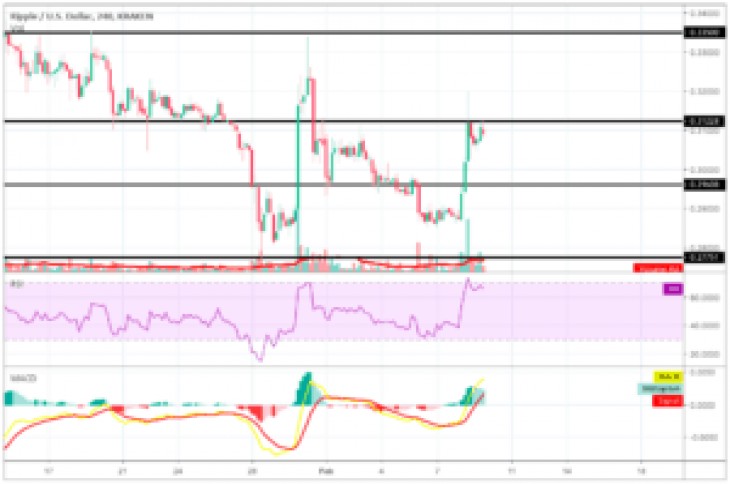 A surge took place yesterday across the market led by Litecoin.

Movements in Llitecoin can often serve as a leading indicator for movements in Bitcoin and other top altcoins, and this was the case yesterday.

One cryptocurrency which underperformed during yesterdays surge was XRP.

Data from Messari show XRP increasing by 4.95% whereas bitcoin and Ethereum increased by 6.3% and 10.09% respectively.

This has revived the possibility that Ethereum will overtake XRP for the position of the largest altcoin by market cap as the market caps of both cryptocurrencies come close together.

While most top cryptocurrencies managed to surpass their former high during yesterdays increase, XRP fell short forming a lower high.

This results in a more bearish market structure when compared with other top cryptocurrencies.

The spike in XRP quickly overcame expected resistance at $0.296.

However, this was the case in most cryptocurrencies with expected resistance levels being quickly overcome.

XRP did, however, find resistance at $0.3122 and has failed to close above this point. It is once again testing this level today.

Consecutive tests increase the likelihood that price will break above with each test resulting in fewer sellers to hold the level.

In the event of a drop, $0.296 would be expected to come into play as support despite being quickly overcome yesterday. 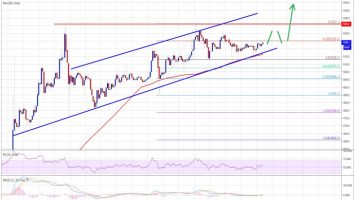