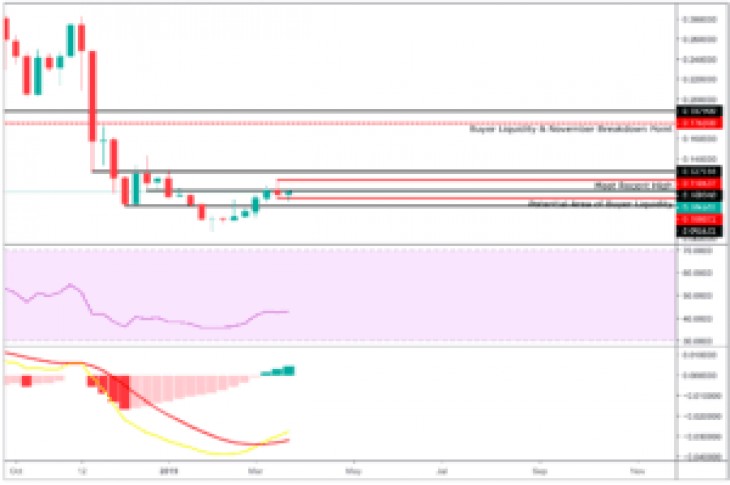 There was more volatile price movement from Ripple’s XRP cryptocurrency this week after three weeks of tight movement and consolidation.

The price nonetheless is closing the week with a Doji candle which indicates traders are still uncertain about the future price prospects of the third-ranked cryptocurrency by market cap.

The weekly MACD and the RSI have also been trading relatively flat indicating no clear advantage to either buyers or sellers.

The price dropped below the key weekly support level of $0.295 in intra-week trading, but buyers quickly came in to bring the price back above the level.

Prior to this week, the price had a prolonged period of consolidation around $0.31.

The price started this week off declining and dropped below $0.295 on Tuesday but quickly found support to rise back above before the daily candle closed.

The price progressed during the week to rise back up to the $0.313 and briefly rose above during price action yesterday, but selling pressure came in to bring the price back below.

The price of Stellar Lumens, XLM, similarly started the week declining and managed to recover to almost closing the week with a Dragonfly Doji.

A Dragonfly Doji indicates higher amounts of selling pressure and could be bearish for the outlook of XLM in the near-term.

The price drop managed to find support at the point of the low of last week’s trading.

The price began it’s recovered on Tuesday and Wednesday showing that the price was not negatively impacted by a research report released by data provider Messari on Wednesday.

The report highlighted an inflation bug that was exploited in the Stellar Lumens network in 2017 which let the enabled those that exploited the bug to increase the circulating supply at the time by 25%.

The Stellar Development Foundation, an entity responsible for driving adoption on the Stellar Lumens blockchain, diluted other users holdings to account for the bug but no public announcement was made.

Since the recovery in price on Tuesday and Wednesday, the price has been trading below a resistance level at $0.108.

The price has formed four consecutive Doji candles for the past four days of trading showing high amounts of uncertainty at the current point of trading. 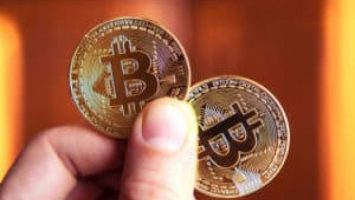 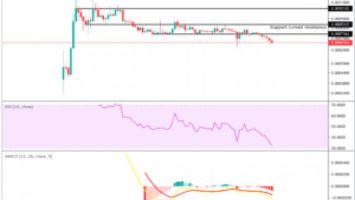