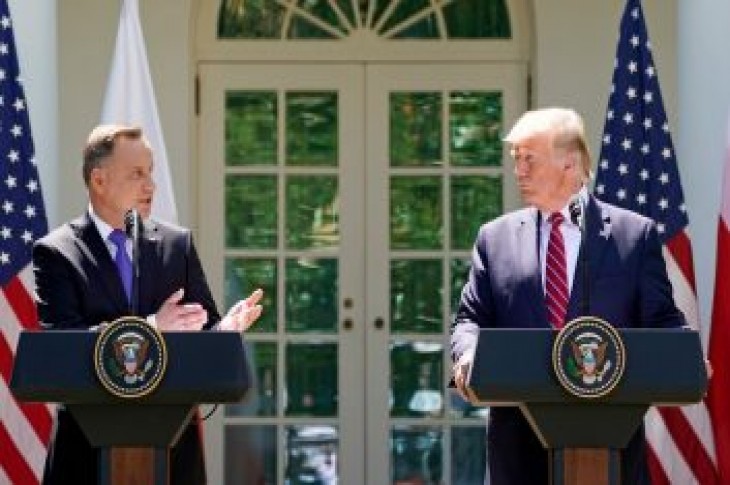 By Maria Tsvetkova and Andrew Osborn

MOSCOW (Reuters) – The Kremlin said on Thursday the Russian military was closely tracking U.S. plans to beef up its forces in Poland and taking steps to ensure Russia’s national security was not threatened by what Moscow regards as a betrayal of trust.

U.S. President Donald Trump pledged to Polish President Andrzej Duda on Wednesday that he would deploy 1,000 extra U.S. troops to Poland as well as surveillance drones, a step sought by Warsaw to deter potential aggression from Russia.

“The Russian military is tracking these announcements very closely, is analyzing the information, and is doing what is necessary so that such steps in no way threaten the Russian Federation’s security,” Peskov said.

The U.S. deployment is certain to further sour already poor U.S.-Russia relations ahead of a G20 summit in Japan this month, at which Trump and President Vladimir Putin might meet.

Putin said in an interview, published earlier on Thursday, that relations between Moscow and Washington were getting worse and worse.

The United States plans to add around 1,000 troops to its existing rotational presence of around 4,500 personnel in Poland and to set up a sprawling network of military infrastructure, including joint combat training centers and a divisional headquarters.

Russia’s foreign ministry said it regarded the U.S. deployment as a betrayal of Russia’s core agreement with NATO in 1997 under which it said the Western military alliance had agreed not to permanently deploy significant military forces on the territory of new member states.

“The headquarters structures that will be set up in Poland under this reinforcement will deliver much greater potential. We see in this signs of preparation for further large-scale deployments,” the ministry said in a statement.

“Such actions undermine one of the few remaining documents designed to ensure military stability in Europe. Russia cannot fail to take this into account in its own defense planning and in its practical actions.”

“In the event of any conflict, God forbid, the territory of Poland would become a clear target for a retaliatory strike, if there was suddenly an attack on us,” Vladimir Dzhabarov, deputy head of the upper house of parliament’s international affairs committee, told the Interfax news agency.

Another lawmaker, ex-commander of Russia’s special forces Vladimir Shamanov, who now runs the lower house of parliament’s defense committee, said he was concerned that the U.S. drones could be capable of carrying nuclear weapons at some point.

“The world is gradually slipping towards a dangerous moment comparable to the Caribbean crisis,” Shamanov said, using the Russian expression for the 1962 Cuban Missile Crisis – a standoff between the United States and the Soviet Union that brought the world to the brink of nuclear war. 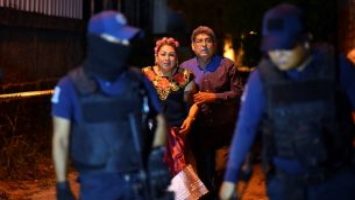 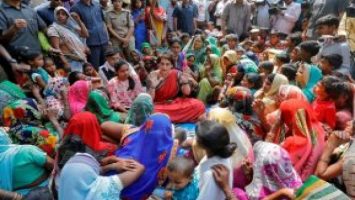