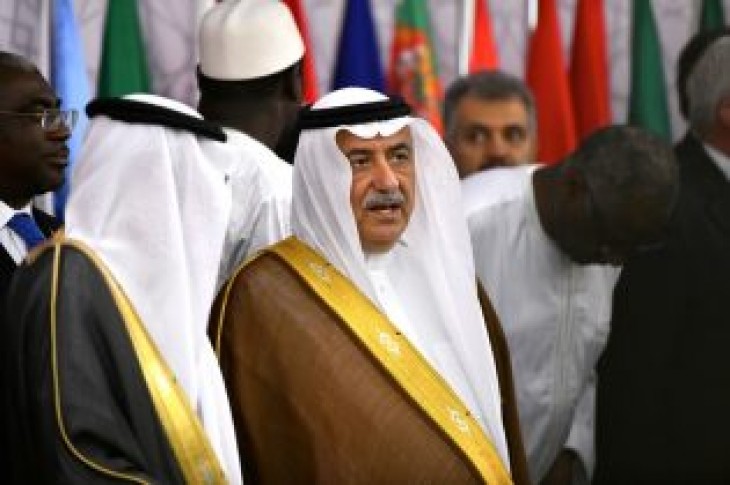 JEDDAH, Saudi Arabia (Reuters) – Arab leaders began arriving in Saudi Arabia on Thursday for emergency summits that Riyadh hopes will deliver a strong message to Iran that regional powers will defend their interests against any threat after attacks on Gulf oil assets this month.

Saudi and the United Arab Emirates, which have lobbied Washington to contain their foe Iran, have said they want to avoid war after drone strikes on oil pumping stations in the kingdom and the sabotage of oil tankers off the UAE coast.

Saudi Foreign Minister Ibrahim al-Assaf told a gathering of his counterparts in Jeddah ahead of the summits that the attacks must be addressed with “strength and firmness”.

“While summit leaders are likely to discuss how best to avoid a war, King Salman is equally determined to defend Saudi and Arab interests amid increasing tensions between the U.S. and Iran,” Prince Turki al-Faisal, former Saudi intelligence chief and envoy, wrote in an opinion piece published by Al Arabiya.

He said the meetings of Sunni Muslim Gulf leaders and Arab leaders in Mecca, both due for late night, would discuss Shi’ite Iran’s “interference” in Arab affairs.

Tensions have risen between the United States and Iran after Washington quit a multinational nuclear deal with Iran, re-imposed sanctions and boosted its military presence in the Gulf.

U.S. National Security Advisor John Bolton said on Wednesday that the attack near a UAE bunkering hub was connected to the strike on pumping stations on the kingdom’s East-West pipeline — both alternative oil shipping routes to the Strait of Hormuz — and a rocket attack on Baghdad’s Green Zone.

“There is no doubt in anybody’s mind in Washington who is responsible for this and I think it’s important that the leadership in Iran know that we know,” Bolton said.

He said the United States was trying to take a “prudent and responsible” approach but warned Tehran against any new attacks.

An Iranian official dismissed Bolton’s remarks as “a ludicrous claim”. The Islamic Republic has said it would defend itself against any military or economic aggression.

During the U.S. adviser’s visit to Abu Dhabi, officials activated a defense cooperation agreement signed earlier this year between the United States and the UAE, which hosts a U.S. air base.

Last week the Pentagon announced the deployment of 900 additional troops to the Middle East and extended the stay of another 600 service members, after speeding up deployment of an aircraft carrier strike group and sending bombers and additional Patriot missiles.

Gulf states have a joint defense force under the Gulf Cooperation Council (GCC), but the 39-year-old alliance has been fractured by a dispute that has seen Saudi Arabia, the UAE, Bahrain and non-GCC Egypt impose a political and economic boycott on Qatar since mid-2017.

Saudi King Salman invited Qatar’s ruler, whose country is home to the largest U.S. military base in the region, to the summits. Doha is sending Prime Minister Sheikh Abdullah bin Nasser Al Thani, the highest level Qatari official to visit the kingdom since the rift. Kuwait’s emir and Egypt’s president were among leaders who arrived on Thursday.

Iraq and Oman, which have good ties with Tehran and Washington, have said they are working to reduce tensions. Doha, which shares a giant gas field with Iran, has offered to help.

Iranian Foreign Minister Mohammad Javad Zarif said on a trip to Iraq this month that Tehran wanted balanced ties with Gulf neighbors and had proposed signing a non-aggression pact with them.

One of the UAE’s main newspapers said in an editorial, which are usually state-approved, that the offer was “bizarre”.

“No Mr Zarif. We are not buying your ‘nice neighbor’ routine,” said the front-page editorial in Gulf News daily.

(Additional reporting by Sylvia Westall and Maher Chmaytelli in Dubai and Eric Knecht in Doha; Writing by Ghaida Ghantous; Editing by William Maclean and Andrew Cawthorne) 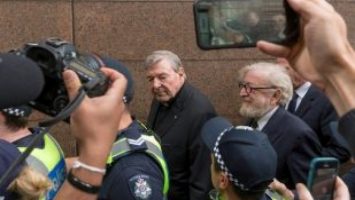