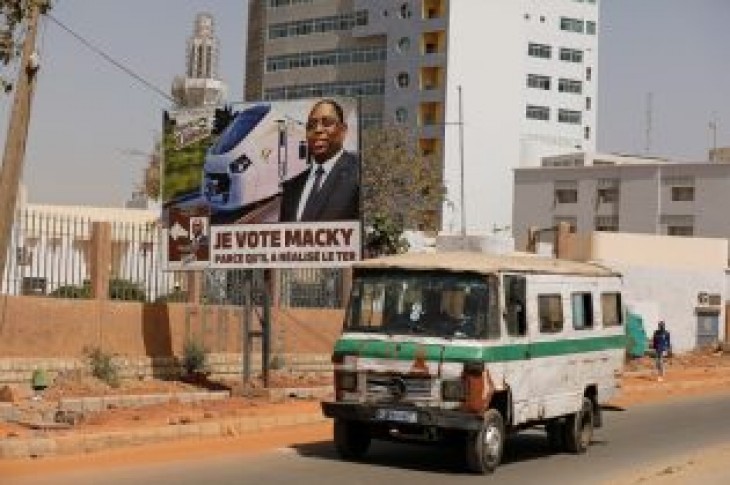 DAKAR (Reuters) – President Macky Sall is the strong favorite to win Senegal’s election on Sunday, boosted by a modernizing first term that propelled economic growth although critics accuse him of jailing his rivals for political gain.

Sall, 57, is facing only four contenders in the first round of voting – the smallest presidential field since 1988 – after two of Senegal’s best-known opposition figures were ruled out because of corruption convictions.

Rights groups say this represents a crackdown on dissent in a country long seen as West Africa’s most stable democracy, which has seen peaceful transitions of power via the ballot box since independence from France in 1960.

But many voters and foreign backers applaud Sall for boosting economic growth to over six percent, one of the highest rates in Africa last year.

The growth was driven in part by a series of infrastructure projects including a new airport, 221 km (137 miles) of multi-lane motorways, a wrestling stadium and an express train that will connect the capital to a new city that has begun to rise from the semi-desert outside Dakar.

Billboards of Sall in a suit dot Dakar’s main coastal road and tout his achievements as the “Builder of Modern Senegal”.

“We are happy,” said fisherman Diabel Mbeguere, pulling his brightly-painted wooden boat onto Dakar’s Yoff beach after a day at sea. “There are highways here now, many things the president has done.”

“Electricity used to be a big problem,” he added.

Long power cuts that used to blight urban Senegal are rarer under Sall. Thousands of villages have gained access to electricity for the first time too, although more than half remain without power, according to the International Monetary Fund.

Opinion polls are banned in the run-up to elections, but a widely cited survey conducted by a Senegalese data company in November gave Sall 45 percent support. None of the other candidates had more than 16 percent.

It is not yet clear how voting will be affected by the exclusion from the race of presidential hopefuls Khalifa Sall, a popular ex-mayor of Dakar who is no relation to Macky, and Karim Wade, the son of former President Abdoulaye Wade.

Under Senegalese law, Khalifa Sall and Karim Wade are barred from running as they were jailed for graft and corruption in 2018 and 2015 respectively. The opposition says this was a strategy to boost the president’s chances of winning, a charge the ruling party denies. Sall and Wade denied the charges.

Khalifa Sall has urged his supporters to vote for Seck, with whom he forged an alliance from behind bars earlier this month. Meanwhile Karim Wade’s father Abdoulaye says the vote is rigged and told supporters during a political meeting this month to take out the electoral roll and “douse it with petrol”.

His comments have been criticized by other opposition candidates and civil society groups and election day is not expected to be disrupted by widespread protests.

Even so, frustration with the incumbent is palpable among the educated youth, who struggle to find jobs in an economy based on exports of fish, phosphates and cement, and where more than half the population works in agriculture.

“I can’t even find a small job or an internship, and I’m not the only one.”

In response to a social media campaign, a televised debate between candidates is scheduled to take place on Thursday. The event is a first for Senegal, but Sall has refused to take part.

If no candidate secures a majority in the first round, the top two will face each other in a second round on March 24. 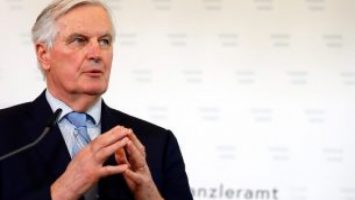