LONDON (Reuters) – World shares skidded lower on Thursday as concerns grew that the China-U.S. trade conflict was fast turning into a technology cold war between the world’s two largest economies and that Brexit was heading for another unpredictable twist.

Asian stocks had caved to a four-month low as the trade rhetoric rumbled, while dour German data, a 3% plunge in carmaker stocks and the sight of Italian banks sliding back in a ‘bear’ market meant more damage for Europe.

U.S. stock futures pointed to a weak start too with the S&P 500 e-minis and Nasdaq futures faltering 0.8% and 1.2% respectively.

Japanese conglomerate Panasonic Corp joined the growing list of global companies which have said they are disengaging from Huawei, the world’s largest telecom-gear maker and second-largest seller of smartphones.

It also came after Reuters reported on Wednesday the U.S. administration was considering Huawei-like sanctions on Chinese video surveillance firm Hikvision over the country’s treatment of its Uighur Muslim minority.

“It’s tin hats on and battening down the hatches for a fair bit of volatility for the next few months,” said Tony Cousins, Chief Executive of Pyrford International, the global equities arm of BMO Global Asset Management.

“We are as defensively positioned as we could be,” he said, adding it was impossible to predict what steps U.S. President Donald Trump was likely to take next in the trade war with China.

An increasing number of investors now seem to be hunkering down for prolonged period of trade conflict.

Analysts at Nomura warned in a note that, “without a clear way forward during an intensifying 2020 U.S. presidential election, we see a rising risk that tariffs will remain in effect through end 2020.”

In response, Shanghai blue chips shed 1.7% to be near their lowest since February. An index of major telecoms firms fell 3.7% as suppliers to Huawei suffered and both MSCI’s broadest Asia-Pacific ex Japan index and Europe’s carmakers hit 3-4-month lows.

U.S. Treasury Secretary Steven Mnuchin had said on Wednesday it would be at least a month before the United States would enact proposed tariffs on $300 billion in Chinese imports as it studies the impact on American consumers.

One of the few markets able to escape the drop was India. Its main stocks market touched an all-time high as Prime Minister Narendra Modi’s party scored a historic victory in the nation’s general election with official data showing Modi’s Bharatiya Janata Party (BJP) ahead in 292 of the 542 seats available.

The rupee also climbed but that too was an outlier. Among the major currencies, the constant trade friction saw the safe haven yen in demand again as the dollar dipped to 110.16 yen and away from the week’s top of 110.67.

The dollar was up fractionally on the euro however at $1.1130 which helped it touched a 1-month high on a basket of currencies at 98.235.

British Prime Minister Theresa May was under intense pressure after her latest Brexit gambit backfired and fueled calls for her to quit.

Prominent Brexit supporter Andrea Leadsom resigned from the government on Wednesday and with British media reporting May could announce her departure date as early as Friday the bets on a more hardline pro-Brexit replacing her are rising.

Benchmark government bonds all rallied amid the various uncertainties and in commodity markets, spot gold was a bit higher at $1,282 per ounce. 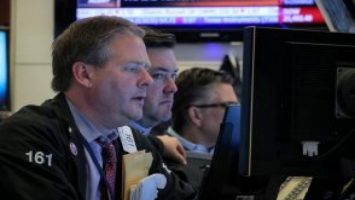 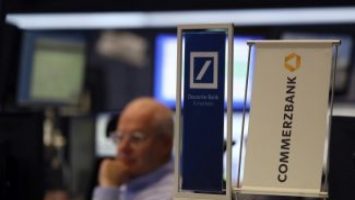