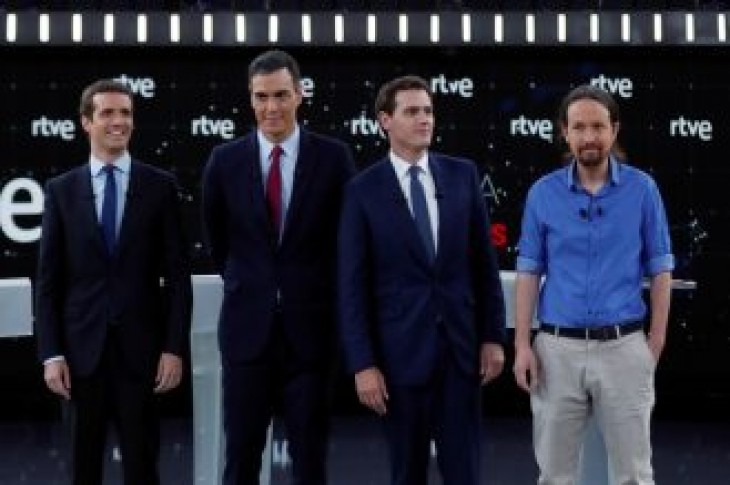 By Ingrid Melander and Belén Carreño

MADRID (Reuters) – The main candidates in Spain’s general election on Monday clashed over how to handle Catalonia’s independence drive, accusing each other of lying in a tense television debate that left questions open on what coalition deals could be struck.

Spain’s parliamentary election on April 28, one of the country’s most divisive since its return to democracy in the late 1970s, is being fought more on emotional and identity issues, such as Catalonia’s botched independence bid than on the economy.

None of the four candidates emerged as a clear winner from the late-night debate during which all except the anti-austerity Pablo Iglesias appeared quite tense, trading barbs and accusing the others of lying, being out of touch with reality and not doing enough to handle corruption cases within their respective parties.

“The unity of Spain is at risk because of the Socialist government of Pedro Sanchez … those who want to break Spain apart have Sanchez as their favorite candidate,” said the right-wing Casado.

“Do we want the future of Spain to remain in the hands of those who want to liquidate Spain?,” the center-right Rivera said in the late-night televised debate.

Rivera also kept pointing to a picture of Sanchez meeting with Catalonia separatist leader Quim Torra, which he put on his podium for much of the debate.

The October 2017 independence referendum in Catalonia – declared illegal by Spanish courts, but followed by a short-lived declaration of independence – has sent shockwaves through Spanish politics, which are weighing on Sunday’s vote.

Sanchez, who became prime minister in June of last year and has been more open to dialogue with Catalan separatists than his conservative predecessor Mariano Rajoy, responded by saying he was in favor of dialogue, but was opposed to independence for the region located in the country’s northeast.

He said several times throughout the debate that his two right-of-center opponents, who both accused him of lying, might need “a truth detector to see if they tell any truth.”

Sanchez’s Socialists are seen as ahead in opinion polls, but without enough seats to rule on their own. The same polls show they will likely need more than the support of the anti-austerity Podemos to rule, and may need the support of nationalist parties, including those from Catalonia.

The polls show it will be even harder for the three right-wing parties to win enough seats to rule.

But the number of undecided voters is so high that all possible outcomes are within the margin of error and could still change on Sunday, pollsters say, all the more so because of how hard it is to predict how many seats the upstart far-right Vox party will get.

Opinion polls show a possible coalition deal would be between the Socialists and Ciudadanos, but Rivera has repeatedly ruled it out and did so again on Monday.

Sanchez, however, did not respond when Podemos leader Iglesias repeatedly asked him if he was ruling out a deal with Ciudadanos, indirectly keeping the door open to such an option.

Vox was not invited to the debate and was not mentioned by name by any of the candidates, with only Sanchez mentioning its leader Santiago Abascal by name, to try and rally left-wing voters against the possibility of seeing a right-wing government backed by the far right. [nL5N21Y5LX]

Vox is forecast to be the far-right party to get seats in the national parliament in nearly four decades, marking a watershed in the country’s modern democratic history.

Another TV debate among the same four candidates will follow on Tuesday, giving them another chance to differentiate themselves ahead of the election. 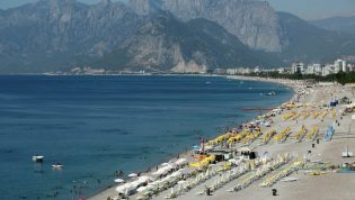 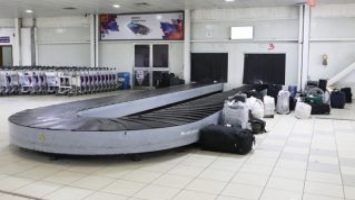