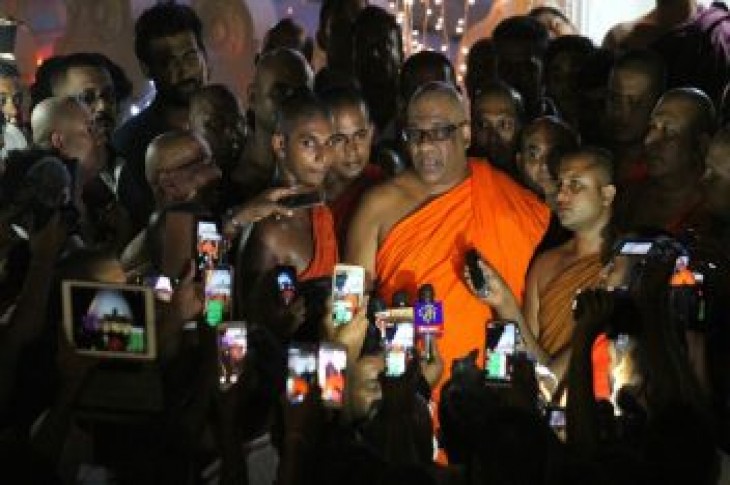 COLOMBO (Reuters) – A Sri Lankan hardline Buddhist monk who is accused of inciting violence against ethnic minority Muslims and was convicted of contempt of court walked free from jail on Thursday after a presidential pardon.

Hundreds of his followers and dozens of monks waited for hours outside Welikada prison in Colombo to see Galagoda Aththe Gnanasara, but the monk left through a separate gate, which a monk from his group said was due to security concerns.

Some followers carried a distorted national flag which excluded the green and orange color strips which represent ethnic minority Tamils and Muslims who together account for nearly a quarter of the country’s 22 million population.

His pardon comes a week after extremist Buddhists attacked Muslim-owned homes, mosques and shops in apparent reprisal for the Easter bombings by Islamist militants that killed more than 250 people.

Ganansara or his group was not involved in the recent violence, police said.

“We said about the impending danger long ago, finally whatever we revealed, has become true,” Gnanasara told reporters, in an apparent reference to the Easter attacks.

He thanked Sri Lanka’s influential Buddhist clergy and President Maithripala Sirisena for his release. There was no immediate answer from the president’s office when Reuters sought comment.

Government ministers and Muslim leaders have accused Gnanasara of stirring up violence against Muslims and Christians before his imprisonment, allegations he has denied.

Hilmy Ahamed, vice president of the Muslim Council of Sri Lanka, said: “I think and hope he will not go back to his extremism.”

The monk was sentenced to six years in prison in August over a 2016 incident when he interrupted a court hearing about the abduction of the journalist in which military intelligence officials were accused.

Gnanasara was also sentenced in a separate case in June for having threatened the journalist’s wife.

Since 2014, the monk has faced accusations in cases regarding anti-Muslim violence, hate speech, and defaming the Koran.

That year Gnanasara signed a pact with Myanmar’s Ashin Wirathu, who once described himself as “the Burmese bin Laden”, in what the duo called a bid to counter regional conversion efforts by Islamists.

“Pardoning Gnanasara is a slap on the independence of judiciary. He was convicted of interfering with court & contempt of court. No civilized nation will lightly pardon such a convict,” J.C. Weliamuna, a rights lawyer, said in his tweet. 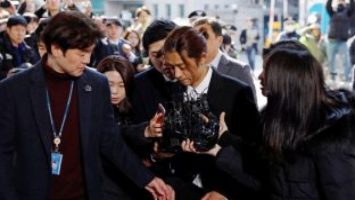 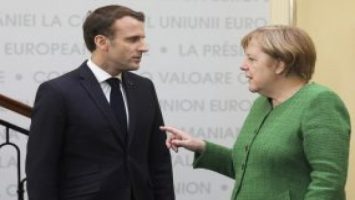