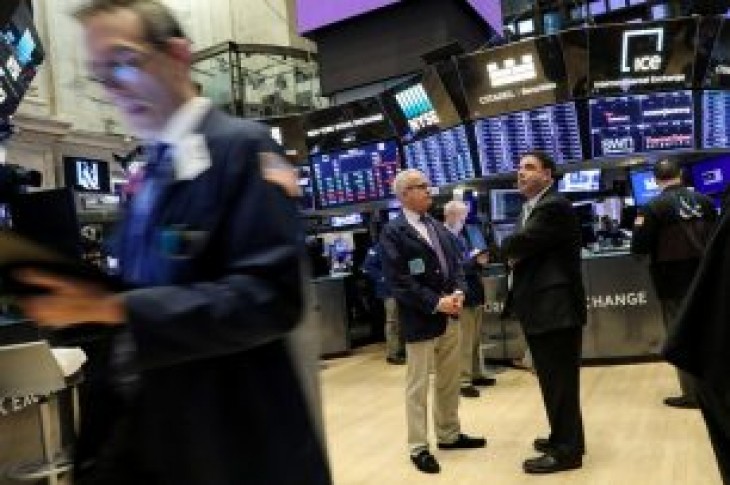 NEW YORK (Reuters) – Add this to worries about Wall Street: The index of planes, trains and trucking companies, considered an important stock barometer of the U.S. economy’s health, is struggling.

The Dow Jones Transportation Average has swooned more than 8% this month, a far steeper decline than that of the Dow Jones Industrial Average or the S&P 500. For analysts who closely watch the transports, this could be a sign of deeper market stress.

The Dow transports started 2019 strong along with equities in general. But while the S&P 500 minted a new all-time high in April, the Dow transports have so far failed to reclaim their record peak set last September.

Now, with stocks pulling back over concerns about a growing U.S.-China trade dispute, the Dow transport average is more than 14% below its Sept. 14 all-time high close.

“I see the performance of the transports really making it difficult for the broad market to sustain a big upward move,” said Chuck Carlson, chief executive at Horizon Investment Services in Hammond, Indiana.

The transport stock weakness compounds other investor concerns, including that the U.S.-China trade war will harm the global economy and whether an expected pick-up in U.S. corporate profits will materialize later in the year.

Therefore their underperformance, according to Maley, is a “sign that growth in the U.S. economy was starting to slow even before the trade negotiations started breaking down.”

This year, as the market rebounded from its late 2018 dive, the transport index closed at 11,098.99 on April 24, within about 4% of its all-time peak last year. But by this week the DJT had dropped below 10,000, a technical support level that Maley and other strategists have been watching.

For the third time in recent months, the Dow transports fell to their lowest level compared to the Dow industrials since 2012, according to Refinitiv data, another indication of the stocks’ struggles.

The transports and the industrials are often linked together for investors who follow Dow Theory, which tracks the two indexes to determine trends for the overall stock market.

Like the transports, the Dow industrials have yet to eclipse their all-time closing high, which was set in October. The industrials also recently joined the transports in trading below their 200-day moving averages, a key technical indicator for trends.

“Historically, what has been the best for markets is both the industrials and transports above their longer-term trends, but at this point it probably calls for further consolidation,” said Will Geisdorf, ETF strategist at Ned Davis Research in Venice, Florida.

“The market is going to have a tough time ripping higher from here without some leadership from the transports,” Geisdorf said.

The sluggish performance of transport stocks stems largely from one reason, according to Baird analyst Ben Hartford: slowing economic growth.

In a late-cycle economic environment, Hartford said, “until there’s confidence that growth rates are going to bottom and re-accelerate, transport stocks and cyclically sensitive stocks in general” tend to lag the broader market.

Among the Dow transports, airline, trucking and package delivery stocks generally have underperformed the S&P 500’s 11% gain in 2019. For example, UPS shares are off about 2% this year, United Continental Holdings shares have dropped 5%, while shares of J.B. Hunt Transport Services have slumped 8%.

But rail stocks have fared better, with Union Pacific shares climbing over 22% in 2019, and Norfolk Southern rising 32%.

Rail companies have demonstrated efficiency through cost-cutting and other means, according to Hartford. They also do not face the same level of perceived structural threats to their overall businesses from Amazon.com Inc that package-delivery and trucking companies do, he said.

But even for rails, measures of volume show caution. For example, the Cass Freight index showed a 3.2% decline in shipments in April, its fifth month in a row of negative volume. Meanwhile, according to Hartford, U.S. rail carload growth has been negative in the second quarter so far, compared to a year ago.

If the railroad stocks falter, that knocks down the main pillar that has kept the Dow transports from more significant underperformance. 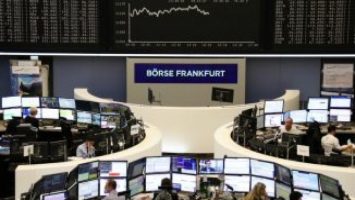 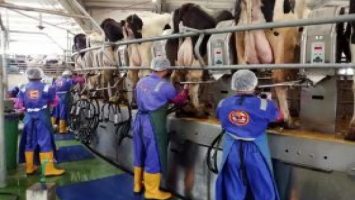