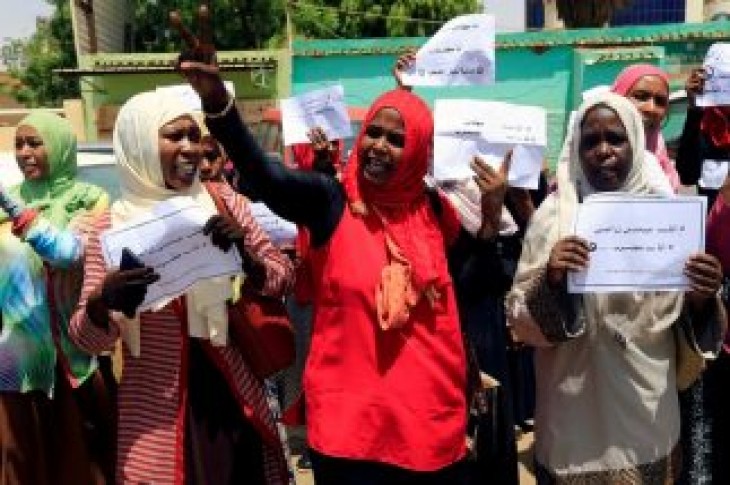 By Khalid Abdelaziz and Michael Georgy

KHARTOUM (Reuters) – Bure’e Mahjoub still hopes democracy will prevail over military rule in Sudan despite the bullet wounds he sustained in a raid on a protest camp that signaled another Arab uprising was facing the end.

“We must get our rights,” the 18-year-old trader said from his hospital bed, one of hundreds of victims of a crackdown in Khartoum led by a feared paramilitary unit.

The opposition says 118 people were killed in last week’s violence. Authorities put the death toll at 62.

Army officers who overthrew President Omar Hassan al-Bashir in April after four months of protests have canceled all agreements with the civilian opposition alliance and scrapped talks over power sharing.

“The military council destroyed the political process,” said Amjad Farid, spokesman for the Sudanese Professionals Association (SPA), which had been leading talks with the Transitional Military Council (TMC).

A campaign of civil disobedience has emptied Khartoum’s streets. Security forces fired in the air to disperse demonstrators in the north of the city.

The scenario unfolding in Sudan seems straight out of the playbooks of generals in Egypt who manipulated the 2011 Arab Spring to their advantage instead of introducing greater freedoms.

But it became clear that Egypt’s generals, who ruled during a turbulent and sometimes violent transition, had no appetite for democracy.

Sisi, who received financial support from the UAE and Saudi Arabia to keep Egypt’s economy afloat, outlawed the Brotherhood and declared it a terrorist group.

Sisi won presidential elections in 2014 and 2018, on both occasions with 97 percent of the vote.

In Sudan, the deputy chief of the TMC, General Mohamed Hamdan Dagalo, commonly known as Hemedti, is widely believed to be setting his sights on the presidency.

He commands the Rapid Support Forces (RSF), which dispersed the sit-in, opening fire on large crowds, breaking people’s bones with batons and whipping others, witnesses said.

The TMC has declared that elections will be held within nine months, effectively freezing out the opposition which would have no time to prepare.

The only possible candidates would come from the deep state built by Bashir over decades, people have cooperated in the past with the generals currently ruling the country.

The bloodshed confirmed the fears of many Sudanese that the army would hijack their revolution with the tacit support of the United Arab Emirates, Saudi Arabia and Egypt, which have made it clear they want to influence the country’s future direction.

Some of the most popular slogans at the sit-in outside the Defence Ministry in Khartoum were “United Arab Emirates and Saudi Arabia don’t interfere” and “Either victory or Egypt.”

Those three U.S.-backed allies have long feared that democracy would open the door to Islamists.

They are vying for influence in the region with rivals Qatar and Turkey, which they accuse of spreading radical Islam.

TMC leader Lieutenant General Abdel Fattah al-Burhan and his deputy Hemedti gained strong backing from the UAE and Saudi Arabia because Sudan has helped them in Yemen’s civil war.

The wealthy Gulf Arab states pledged between them $3 billion in financial support for Sudan after the coup.

UAE, Saudi Arabia and Egypt encouraged Burhan on his recent regional tour to disperse the sit-in to break the deadlock, but avoid casualties, and the RSF went too far, said two TMC sources.

Officials from those countries were not immediately available for comment.

“If there is something of grand importance in Sudan right now it is how much foreign influence there is,” said Magdi el-Gizouli, a fellow at the Rift Valley Institute, a think-tank.

“Despite the bravery of the mass movement, there’s a lot of foreign meddling, regional factors that are decisive and might call the last shot.”

Both sides are digging in, raising the prospect of more violence. Hemedti, arguably the most powerful man in Sudan, has little incentive to cede power. Thousands of his RSF were already in control of Khartoum even before the bloodshed.

Armed with rocket-propelled grenades and machine guns mounted on trucks, the RSF is by far the most feared force in Sudan – menacing young men who mastered desert warfare in Darfur but lack the discipline of the regular army.

The RSF grew out of the Arab Janjaweed militias accused of atrocities in Darfur. Bashir’s government denied that the militias had burned villages and raped and executed civilians.

The TMC was quick to praise the RSF after the violence, saying it had a record of defending Sudan against terrorists. It said the force was targeting criminals and got out of hand.

On Thursday night, mosque clerics in several parts of Khartoum – acting at about the same time – used microphones to urge people to take up arms against criminals.

Men on motorcycles beeped their horns and delivered the same message on the outskirts of the capital.

Analysts described it as an organized attempt to discredit the protest movement and win popular support by creating the impression that only the security services can protect the public.

But Sudanese are likely to remember last week’s carnage for some time.

A doctors’ group linked to the opposition said 40 bodies of people attacked by the RSF were pulled from the Nile. Reuters was not able to independently confirm this. A senior health official said two victims had bullet holes in their chests.

RSF paramilitaries are keeping watch from their vehicles positioned between the former sit-in area and the presidential palace, where Hemedti has an office.

When hundreds of thousands of people gathered night and day at the camp, tea sellers supported the uprising by offering them free drinks.

Four days after the camp was cleared, an elderly tea seller handed cups to a group of RSF members on a break from patrols. 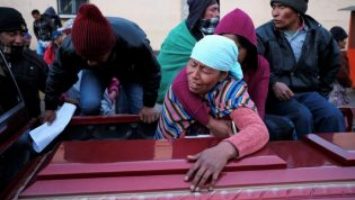 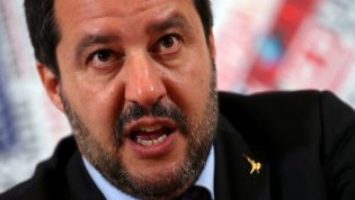