Swift’s chief executive Gottfried Leibbrandt announced on Wednesday that they would be working with the blockchain startup R3.

He was speaking at a CNBC moderated panel at the Paris Fintech Forum in the presence of Ripple CEO Brad Garlinghouse who said the company is open to working with Swift.

What Will the Partnership Be About?

Belgium based Swift is a financial messaging service used by banks around the world.

It is working with R3 on a new payments standard framework GPI or Global Payments Innovation.

“We are announcing later today a proof-of-concept with the R3 blockchain on a trade where you can initiate a payment on the trading platform and then it goes into GPI.”

R3 was founded in 2014 as a consortium of major financial institutions seeking to use blockchains for the banking sector.

With this new partnership, Swift’s GPI tech will be hooked to Corda, the blockchain platform of R3.

Other firms using Corda will be able to settle and authorize payments using GPI Link gateways.

Is Ripple’s Chance to Work With Swift Gone?

Ripple and R3 have been fierce competitors in the blockchain space, aiming for their products to be used by financial companies.

Ripple has been aiming to take part of Swift’s business with its multiple cross-border payment corridors.

Ripple CEO Brad Garlinghouse was present at the panel discussion and noted the shortcomings of the Swift system.

He said that the centralization of the Swift model is its weakness.

However, he said that the company was open to working with Swift.

However, there are no signs of a budding partnership between the two yet.

Swift is already working with 11,000 banking institutions around the world moving an estimated $200 billion across the globe each day.

However, Garlinghouse thinks that decentralized systems will eventually win. 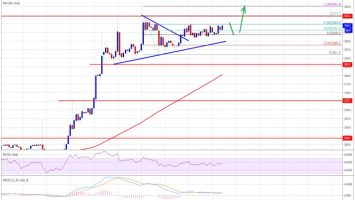 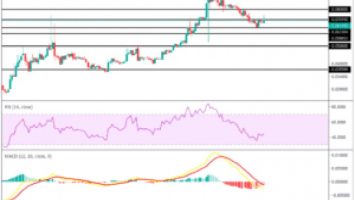