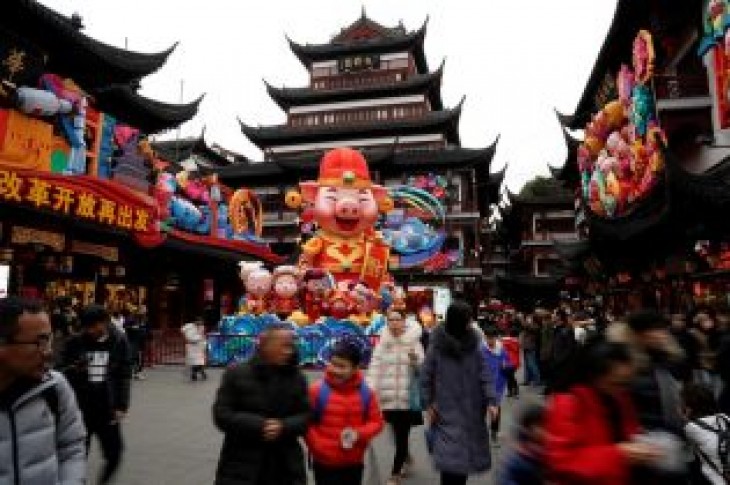 (Reuters) – Following are five big themes likely to dominate the thinking of investors and traders in the coming week and the Reuters stories related to them.

GONE TO THE DOGS

Investors burnt in the 2018 stock market rout will be happy to put the Year of the Dog behind them. Instead, the end of the Chinese Lunar New Year holiday will usher in the Year of the Pig, a symbol of wealth and prosperity.

The first month of the Gregorian calendar may augur well, too. The $4 trillion MSCI world stocks index just enjoyed the best start to a year since the benchmark began in 1988. The question is: Can the Pig help global equities sustain this stellar run?

Some bargain hunting and short-covering were to be expected after December’s historic rout. Hopes that the trade spat between Washington and Beijing may ease and signs of a pause in U.S. interest rate hikes also helped. But a major issue behind the selloff – China’s cooling economy – has not gone away.

What’s more, investors obsessing over whether the global economy is sliding towards recession are heading into February starved of crucial macroeconomic data that would normally guide them.

China will be shut for a week for the Spring Festival. That may drain global financial markets of some liquidity. On the data front, Beijing tends to combine some industrial activity data for the first two months to prevent a skew in the numbers.

In the United States, the 35-day government shutdown that ended a week ago has complicated the release and interpretation of macroeconomic data for the world’s biggest economy.

Brace for more black holes in spring: In an unprecedented move, Japan will close its stock and bond markets for a 10-day holiday in April to mark the ascension of a new emperor.

(Graphic: All aboard the stocks express – https://tmsnrt.rs/2Ba7t8X)

The UK parliament’s Jan. 29 rejection of efforts to delay Brexit has subtly raised the risk of Britain leaving the EU on March 29 with no deal in place on their future relations. Most still expect a last-minute agreement. But money markets have cut the probability of a Bank of England December interest rate rise to around 55 percent, versus 62 percent a week ago.

The BOE’s Feb. 7 meeting may not offer much clarity. Rates last went up in August 2018, and the next move likely hinges on how Brexit plays out. Governor Mark Carney has been unequivocally negative about the impact of a no-deal Brexit, warning of tumbling house prices and a sterling slide that fans inflation.

Most data indeed shows a very mixed picture for Britain’s economy. GDP may grow 1.5 percent this year and inflation is just above the 2 percent target. Manufacturing is slowing and businesses are stockpiling goods. A smooth exit from the EU will see the BOE tighten policy in Q3, analysts predict. But what if Brexit is disorderly? Carney has said the BOE may not be able to rescue the economy with rate cuts and may in fact hike rates to head off a sterling slump.

SHUTDOWN OVER, TRUMP SPEECH ON

On Tuesday, President Donald Trump will deliver the State of the Union address before Congress – a week late after House Speaker Nancy Pelosi yanked the original invitation during their showdown over the government shutdown.

Trump looks sure to keep up the pressure for the border wall and may renew calls for infrastructure spending. Even with Wall Street focused on upcoming company results, including Alphabet and General Motors, the annual address has the potential to move markets.

While the S&P 500 rose 0.05 percent the day after Trump’s speech last year, it jumped 1.37 percent after his 2017 inaugural address, its second largest gain after the 1.51 percent rise that followed George W. Bush’s January 1991 message.

In fact, big market moves that followed State of the Union addresses in the past have tended to be downward.

Since 1965, when Lyndon Johnson gave the first televised State of the Union address, the S&P500 has fallen 1 percent or more the following day on 12 occasions. The biggest loss came after Bill Clinton’s 2000 speech when it fell 2.75 percent. The market rose more than 1 percent only four times.

Initial reactions are not necessarily telling, however. Last year Trump addressed the nation days after the S&P hit record highs so its next-day firmness was unremarkable. But no one knew a 10 percent-plus correction had begun.

With China on holiday for Lunar New Year, the spotlight is on its Asian neighbors. Having enjoyed its boom, they are now enduring the fallout from its slowdown.

In Australia, a common proxy market for Chinese risk due to their trade links, China’s slowdown has translated into a run of grim economic data. Those may lead the Reserve Bank of Australia to signal at its Feb. 5 meeting that interest rates will stay at 1.5 percent until well into 2021.

Until now, the RBA has been doggedly optimistic, insisting its next rate move will be up. But recent dismal readings on the economy have led markets to scrap forecasts for a policy tightening; instead some are pricing in a cut.

The shift is unsurprising. Beijing is engaging in stimulus while the U.S. Fed has signaled a pause in rate increases. That in turn may have turned the rate-tightening tide across the rest of the world, including Australia.

Last year’s surge in global borrowing costs and the dollar got emerging markets sweating, forcing many central banks to jack up interest rates to bolster their flagging currencies. Now there are signs of relief: Net interest rate hikes across a group of 38 developing economies showed just one increase in January, compared with 11 in November.

Analysts predict India will start its policy turnaround on Thursday, shifting its stance to “neutral” with rate cuts expected by mid-year.

The Philippines meanwhile looks certain to leave rates on hold for a second straight meeting on Thursday, having paused the tightening cycle in December after five straight hikes.

Poland’s central bank is due to announce its decision on Wednesday, with Mexico, Romania and the Czech Republic scheduled for Thursday. Brazil may be the exception; it publishes its interest rate on Wednesday and could signal rate hikes in the second quarter. 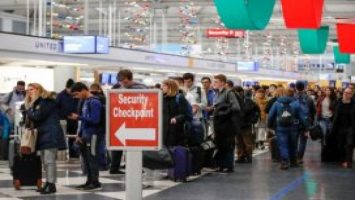 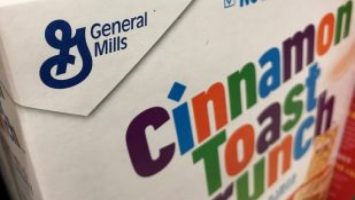