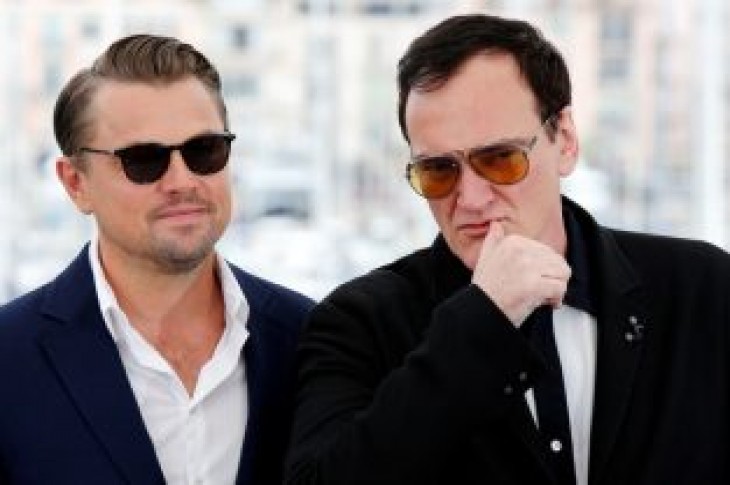 By Sarah White and Hanna Rantala

CANNES, France (Reuters) – Quentin Tarantino said on Wednesday he didn’t tell Roman Polanski in advance about his latest movie, set in the run-up to the notorious 1969 Manson murders which claimed the life of Polanski’s wife at the time, actress Sharon Tate.

Tarantino’s “Once Upon A Time In Hollywood”, an ode to a bygone Hollywood era, stars Leonardo DiCaprio as Rick Dalton, an actor coming to terms with his faltering career and living next door to Polanski and Tate, who is played by Margot Robbie.

It was screened for the first time at the Cannes Film Festival on Tuesday evening, drawing often rapturous response from critics who praised its darkly comic moments, outrageous plot twists and evocative period atmosphere.

Asked at a news conference on Wednesday whether he had discussed his interpretation of events with Polanski at any point, Tarantino said: “No, I didn’t.”

He earlier said that he had met the Franco-Polish director “a couple of times” over the years, and was a fan of his work, including the 1968 psychological horror film “Rosemary’s Baby”.

Tate, aged 26 and eight months pregnant, was killed along with four friends at her Los Angeles home in August 1969 by members of a cult led by Charles Manson. Polanski was away on business in Europe at the time.

Manson, who was convicted of ordering the deaths of nine people in total, died in prison at age 83 in November 2017.

The murders carried out by Manson’s mainly young, female devotees shocked the world and badly damaged the peace-and-love, hippie ethos of the late 1960s – something which resonated with the cast of “Once Upon A Time”.

“In the time building up to that (point), there was a free love movement,” Brad Pitt, who plays Dalton’s stunt double and long time friend Cliff Booth, told the news conference. “It was a sobering dark look at the dark side of human nature, and that pivotal moment was a real loss of innocence.”

“I REJECT YOUR HYPOTHESIS”

While the movie lingers on an encounter between Cliff and the creepy, young hippie drifters who made up the “Manson Family” on an abandoned desert ranch they had taken over outside Los Angeles, and Tate comes and goes, it’s more than anything a love letter to the film industry.

Tarantino – who issued a plea before the premiere asking for viewers to refrain from spoiler alerts – celebrates the industry’s kitsch moments, pays homage to spaghetti westerns and martial arts stars, and delves into the pains of being on a film set as well as the uplifting power of a performance.

DiCaprio said he was able to identify with Dalton’s feeling of being a Hollywood outsider, even in his position as one of the industry’s highest-grossing stars.

“I have a lot of friends in the industry and I know how lucky I am to be in this opportunity,” DiCaprio said, adding he’d “immediately connected” with the character. “This guy is seen not only struggling with his own pathos, his own ability to gain confidence and persevere and get that next job.”

Tarantino submitted “Once Upon a Time In Hollywood” just in time to compete for the Cannes festival’s top Palme d’Or prize, 25 years after pop culture classic “Pulp Fiction” won it.

Tarantino includes nods to his own movies in his ninth feature, which has been described by some critics as self-indulgent and overly long at times, even if nearly all found enough to like in its show-stealing scenes.

“It wasn’t meant to be ridiculously self-conscious, but there is a thing about summing up certain things, which I wasn’t necessarily trying to do, but they started appearing,” he said.

Tarantino said that one of his long-time collaborators and first people to see the new script had joked upon reading it: “Damn! Number nine is like all eight of them put together.”

“I hadn’t thought about it like that,” said Tarantino, whose other notable films include “True Romance”, “Jackie Brown” and “Inglourious Basterds”.

Tarantino bluntly shut down a journalist who said he had given Robbie very few lines in the film, even though she has screen time. “I reject your hypothesis,” he said. 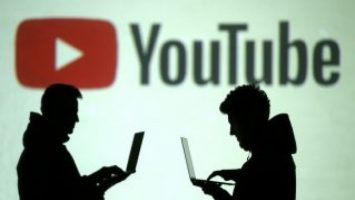 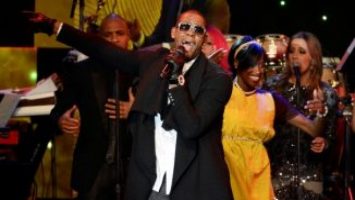