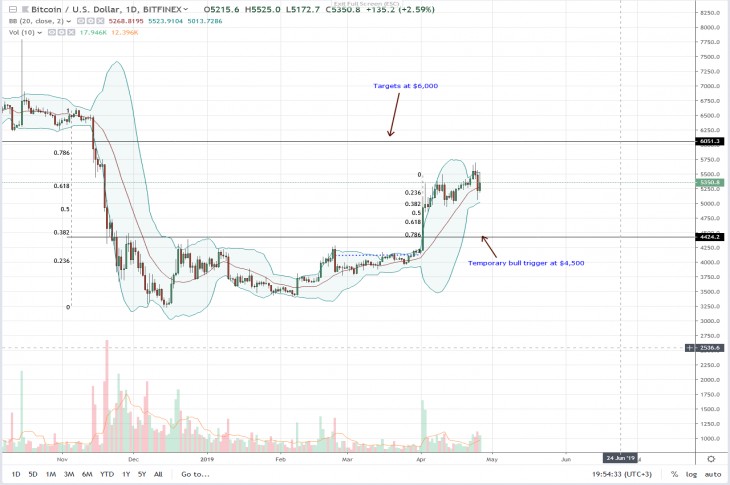 The OAG of New York is after iFinex, and from their documents, officials say the Hong-Kong based exchange, BitFinex are contravening NY Laws and therefore suing them. With additional evidence that the exchange “raided” Tether’s coffers and probably affecting the peg, clients are worried. Even so, Bitcoin (BTC) is stable, reversing earlier losses.

There is sell pressure, and if we check the reaction of the crypto and the Bitcoin market, then it’s likely that bulls are firmly in control despite yesterday’s mini-crash. The source? Well, it has to be all the controversies surrounding iFinex, the parent company of BitFinex, the Hong-Kong based cryptocurrency exchange, and Tether Limited, the issuer of Tether (USDT) stable coin. If historical event serves us well, then we can conclude that news touching on the stable coin’s reserves or peg does harm Bitcoin.

In response, partly due to its direct correlation with altcoins, the market often sinks. After yesterday’s revelation by the New York’s Attorney General Office, the markets capitulated with Bitcoin sinking to $5,200 before recovering during the Asian session.

An analysis of documents from the Attorney General office reveal that iFinex and BitFinex did violate New York state laws due to their “issuance, distribution, exchange, advertisement, negotiation, purchase, investment advice, or sale of securities” contrary to laid out rules.

However, they went further writing that the office would uncover possible fraud between BitFinex and Tether Limited. While there is a statement from BitFinex on the matter, the protracted legal battle between the stringent and accountability demanding OAG and iFinex is forcing users to exit the exchange.

Price wise and Bitcoin (BTC) is down 4.2 percent. However, there is a double bar bull reversal pattern as prices bounce off the middle BB meaning buyers are back in contention. Although bears of Apr-11 were temporarily confirmed, the fact that prices are firm above $5,000 and trading above a critical resistance trend line visible in the weekly chart, hints of underlying bull momentum.

Besides, even if there is a double bar bear reversal pattern because of USDT related controversies, prices often bounce back faster, and the initial trend usually resumes. In our case, buyers are in control, and with a clear uptrend, Bitcoin will likely expand above the double bar bull reversal pattern of Apr-23-24 in a trend resumption phase towards $6,000.

As such, risk-off traders should load up on dips in smaller time frames with stops at Apr-25 lows of $5,050 with targets as aforementioned.

Our anchor bar is Apr-25—21k against 11k–and for trend continuation, any bull bar above Apr-24 highs must be with high volumes above 21k or preferably 54k of Apr-2 confirming buyers evident after the week ending Apr-6.

The post Tether (USDT), A Blip and Another Opportunity For Bitcoin (BTC) Bulls appeared first on NewsBTC. 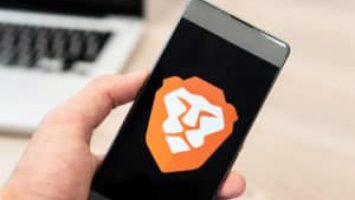 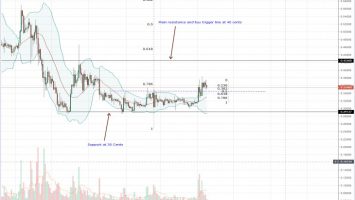