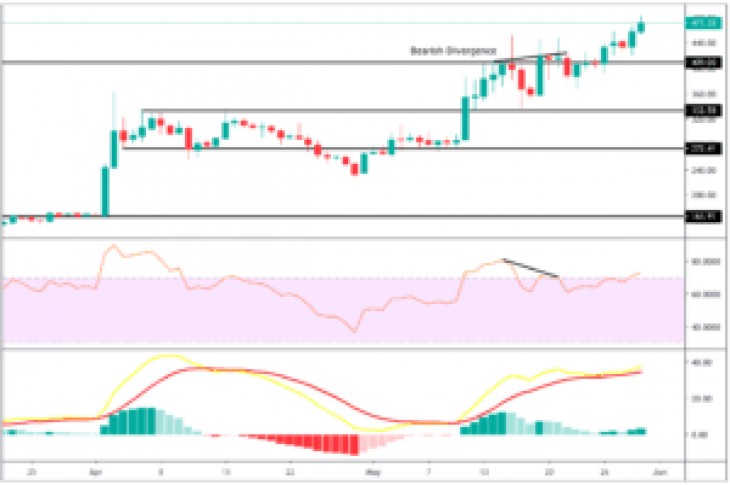 In light of a recent 51% attack which took place in the Bitcoin Cash network, the price of Bitcoin Cash has appreciated against both USD and BTC.

The 51% attack took place on the 15th of May and was coordinated by both the BTC.com and BTC.top mining pools.

A bearish divergence forming on the daily USD chart for Bitcoin Cash preceded a brief drop in price, but the price has since increased and surpassed an area of resistance at $409.

Its price has appreciated 9% since the open of yesterday’s trading.

Its price has also been outperforming Bitcoin with an appreciation of over 8% since yesterdays open.

Bitcoin Cash’s price has managed to surpass levels of expected resistance at both 0.052 BTC and 0.054 BTC.

The price opened at 0.04873 BTC on the day of the 51% attack showing that Bitcoin Cash managed to outperform the market leader Bitcoin despite the networks level of decentralization showing vulnerabilities.

0.052 BTC has also acted as an area of resistance several times, but the price action yesterday managed to rise and close above this level.

The price has since continued to appreciate, and the 4-hour MACD and RSI are increasing to reflect higher levels of short-term buying momentum.

A bearish divergence which formed on the Tezos daily USD chart had a more bearish price action response than when the pattern formed in Bitcoin Cash.

Tezos has declined since forming the bearish divergence and found support at the $1.47 level.

Both the daily MACD and RSI have been declining, reflecting higher levels of selling pressure in the market.

Tezos has also been losing value against the market leader Bitcoin since the start of last week.

However, its price has started appreciating since yesterday’s open against Bitcoin but recorded nine consecutive daily losses prior to this.

The next key level to monitor on the daily timeframe is 16,700 satoshis (sats) level.

Long positions should be taken with caution as Tezos has been in a downtrend against BTC since the start of last week and the recent upward movements may be a short-lived bounce before the downward trend continues. 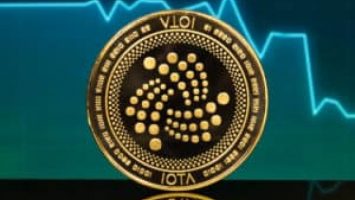 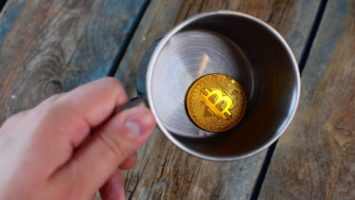