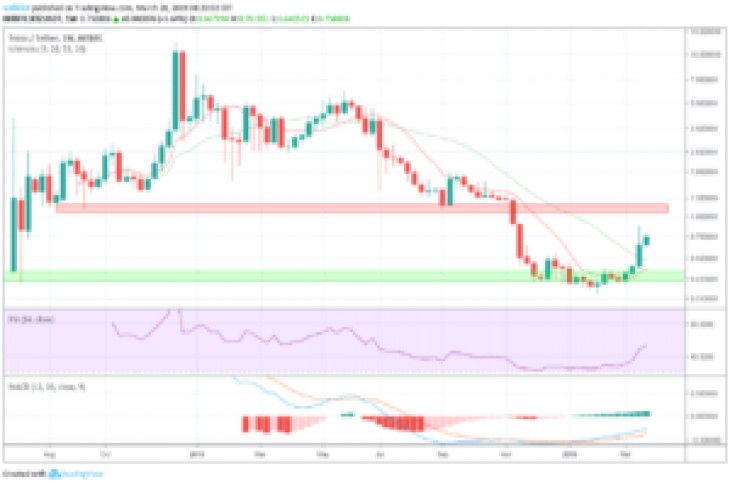 A look at the Weekly chart for XTZ shows that the price made a temporary bottom near $0.4, close to where price opened in July 2018.

Since then, it initiated an upward move which took it above the 10 and 21-period moving averages, which are very close to making a bullish cross.

The MACD is moving upward with strength but is not positive yet.

The RSI is at 46, indicating neither overbought nor oversold conditions.

The closest resistance area is found near $1.

A look at the 3-day chart gives a similar outlook to the weekly one.

The price is trading between the major support and resistance areas.

Furthermore, the 10 and 21-period moving averages have made a bullish cross and are moving upward.

The MACD is into positive territory.

The RSI is into overbought territory, but there is no divergence developing yet.

We can see that the price has been following an ascending support line for the past 49 days. The increase intensified on March 18.

The price is above all the moving averages except the 200-period one, which rejected the price on March 19.

The RSI is into overbought territory, but there is no divergence yet.

The MACD is positive but is losing strength.

A look at the two-hour chart shows that the breakdown was preceded by bearish divergence in the RSI.

Since then, the price has gradually rebounded but has not reached the same level. 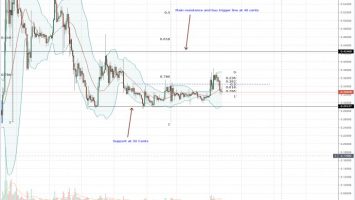 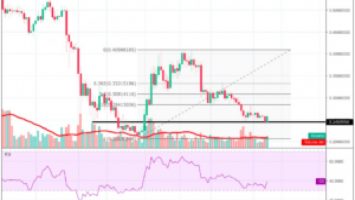