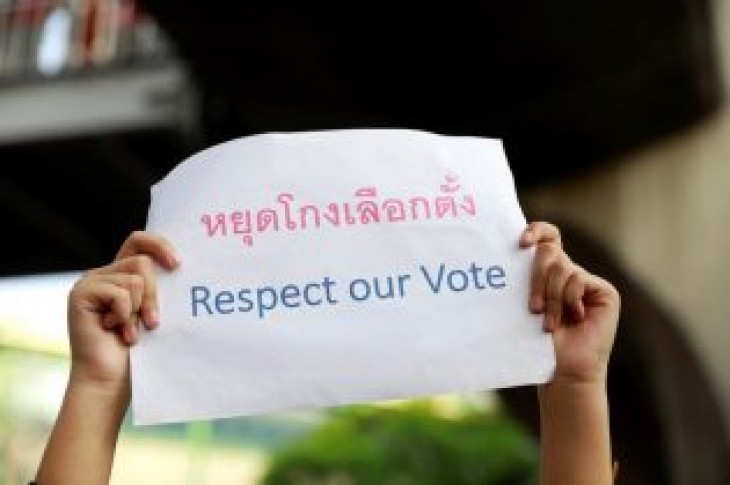 BANGKOK (Reuters) – More than 100 opposition activists protested in central Bangkok on Sunday, accusing the election commission of delaying and manipulating the results of the first polls since a 2014 coup.

A week after the March 24 vote, the outcome of Thailand’s national election remains uncertain and might not be known until after the commission publishes official results due on May 9.

The body released partial results the night of the vote, and took four more days to publish fuller counts, showing a party supporting the ruling military junta winning the popular vote but the opposition Pheu Thai party ahead in partial results of House of Representatives seats.

Both the Palang Pracharat party – which seeks to keep junta leader Prayuth Chan-ocha in office – and an anti-junta “democratic front” of seven parties, led by Pheu Thai, have claimed a mandate to form the next government.

“Get out! Stop cheating! Respect the people!” chanted the protesters close to the city’s Victory Monument.

They urged bystanders to add to the 830,000 signatures on an online petition to impeach the commission. The commission has declined to comment on criticism of its handling of the results.

The post-election standoff could raise tensions just as the Southeast Asian country prepares for the elaborate coronation of King Maha Vajiralongkorn in May.

On Saturday, the king issued an order revoking royal decorations that had been awarded to former prime minister Thaksin Shinawatra, who was ousted in an earlier 2006 army coup and is linked to the Pheu Thai party.

The move could hurt the standing of Thaksin and the affiliated party in the eyes of many Thais, because the monarchy is revered without question in Thai culture.

Thaksin-linked parties have won every election since 2001. The 2014 coup ousted a Pheu Thai-led government that had Thaksin’s sister, Yingluck Shinawatra, as prime minister. 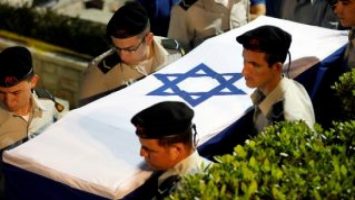