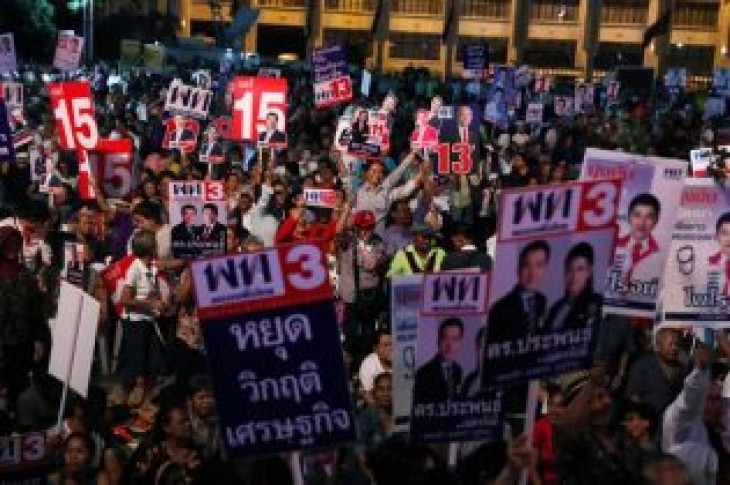 They didn’t need to. Supporters in the northeastern stronghold of the Pheu Thai party are well aware of the complexities of the first general election since a 2014 coup – and are determined to return their party to power despite electoral rules limiting their voting power.

“We all have to wait just a little while, until March 24. That day will be a day of victory for all of us!” she told the cheering crowd.

Pheu Thai is the largest of several parties in the election linked to ex-prime minister Thaksin Shinawatra, who was ousted in a 2006 coup and lives in self-exile after a corruption conviction he says was politically motivated.

The party and its offshoots retain support among rural farmers and the poor for their social welfare programs, but they face an uphill battle in the election, with new rules that prevent any one party gaining a big majority.

Junta leader Prayuth Chan-ocha, who as army chief in 2014 ousted the last civilian government, is also running, as the prime ministerial candidate of a new pro-military party.

Pro-Thaksin parties have won every election since 2001, but after Thaksin was ousted their successive governments have been ended either by court rulings or coups, with the most recent military takeover ousting a Pheu Thai government that Thaksin’s sister, Yingluck, had led.

After nearly five years in power, the junta is in the process of choosing all 250 members of the Senate, which will elect a prime minister along with the 500-seat House of Representatives, putting pro-military forces at a significant advantage even before election.

Supporters of Pheu Thai say the new rules are aimed at ridding the country of Thaksin’s influence once and for all. The party has to distance itself from the former telecommunications tycoon because the law on political parties forbids outsiders from controlling or directing them.

But Thaksin’s loyalists in Udon Ratchathani were undeterred.

“I think Pheu Thai will win by a landslide, despite what’s happened, and regardless of the military-appointed Senate,” said Kriangsak Lamun, 64.

Mathematically, however, Pheu Thai’s chances of regaining power would be reduced even if it is the top vote-getter if one of its allied parties, Thai Raksa Chart, is disqualified.

‘AS POPULAR AS EVER’

The nomination drew a swift rebuke from King Maha Vajiralongkorn, and the princess was disqualified by the Electoral Commission. Now, her nominating party faces a possible ban in a Constitutional Court decision due later this month.

Thai Raksa Chart is one of at least three pro-Thaksin parties contesting the elections to help scoop up seats under the complex electoral laws that limit the impact of the largest party.

With Pheu Thai likely to be hamstrung by those rules, other pro-Thaksin parties such as Thai Raksa Chart and the Pheu Chart party are intended to gain some of the proportionally awarded seats that favor smaller parties.

If Thai Raksa Chart is disqualified, that safety net may disappear – making the headline-grabbing nomination of the princess seem like a miscalculation.

Die-hard supporters of Thaksin’s populist policies were mixed in their opinions about Thai Raksa Chart’s recruiting royalty, revered as semi-divine in Thai culture, into politics.

Some said they admired the princess as a candidate, while others found it inappropriate.

“I don’t think it was a good move … Royals should not get involved in politics,” said Virat Laddabut, 55, though he said he wouldn’t change his vote.

Another voter, Somchai Wongsa, said voters in the rural northeast would vote for pro-Thaksin parties whatever their name.

“It doesn’t matter if Thai Raksa Chart is dissolved,” he said.

“People here will still vote Pheu Thai. The party is as popular as ever.” 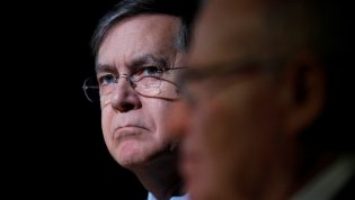