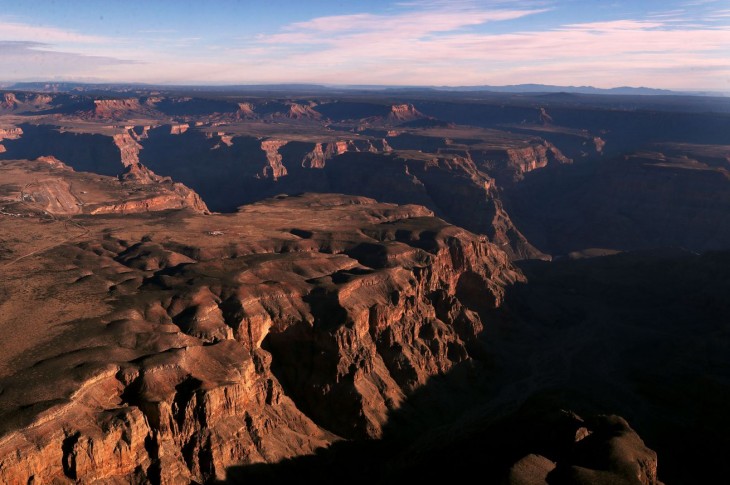 Since the news broke that three buckets of uranium ore sat in a Grand Canyon museum for years, alarm has been spreading about the radiation “cover-up.” But it’s tough to figure out exactly how dangerous the uranium truly was to visitors and staff.

The buckets had been sitting next to a taxidermy exhibit at the National Park Service’s Grand Canyon Museum Collection, a location where groups of schoolchildren stopped on tours, according to The Arizona Republic. After a visitor with a Geiger counter discovered them, they were moved to a hallway, and eventually their contents were dumped in an old uranium mine, whistleblower Elston “Swede” Stephenson told The Arizona Republic. Stephenson did not reply to a message on LinkedIn; the museum told The Verge to contact Emily Davis at the National Park Service, and Davis did not respond to emailed or phone inquiries.

Uranium ore is a naturally occurring rock with a high concentration of uranium, which gives off a mixture of different types of radiation. Uranium can also break down into other radioactive materials, like radium — and it can release the noble gas radon, which can cause lung cancer in large concentrations. That people, especially children, could have been unknowingly exposed to radiation is worrying, because radiation can damage DNA. “If that damage isn’t repaired correctly, then you potentially set the stage for cancer,” says Kathryn Higley, head of the School of Nuclear Science and Engineering at Oregon State University. The Republic reported that the Occupational Safety and Health Administration had opened an investigation into the situation.

There’s no reason buckets of ore should have been hanging around without anyone’s knowledge, and apparently without a radiation label on them, Higley says. “People should have been more mindful of them,” she says. But the question is whether three buckets of ore produced enough radiation — and if people were close enough to them for long enough — to suffer health consequences. The Arizona Republic’s story also cites a report by a National Park Service safety manager that said radioactivity was measured in the ore and “where the buckets were stored.” But the radiation dropped to zero five feet away. Based on that information, Higley says, “The likelihood of people receiving serious radiation exposures is extremely unlikely.”

The Verge spoke with Higley about uranium, cancer, and what uranium ore might be doing in a bucket.

This interview has been edited for clarity and brevity.

Please tell me all your thoughts about the uranium ore in a bucket.

Without knowing exactly how it was stored, looking at some of the measurements that were taken, the radiation readings certainly are above what you’d consider the normal background. But the likelihood of people receiving serious radiation exposures is extremely unlikely. People work around uranium in the process of manufacturing fuel, for example. But also I’m looking here on the radiation levels taken by some park personnel, and it says five feet from the bucket is basically a zero reading.

So you see the dose rate drops off really, really quickly as you move away from the source. It’s a combination of dose rate and the length of time that they would’ve been exposed to it. And they’re not going to be hugging this thing and lugging it around for extended periods of time. I’m not seeing a health risk. I’m seeing people being sloppy and did some things that they really shouldn’t have done. And they’re probably going to get a nasty note from the Nuclear Regulatory Commission or the Occupational Safety and Health Administration, like “Why do you have this in a closet? What are you doing with it?”

How hazardous is uranium ore? Can it give you cancer?

It’s a complicated answer, because we know at a high enough dose that you have an increased risk of getting cancer, but in the low environmental ranges, there’s not a strong relationship between dose and emergence of cancer. We’ve looked at data from people that mined uranium in the past. They went down into the mines and just like coal mining, they would dig it out and ship it off for processing. There has been a relationship of those miners getting lung cancer, because they were inhaling some of the radioactive gas that was coming off. Also, a large number of them happened to be smokers at the time, too — so there was kind of a double whammy in terms of them getting cancer.

We know that prolonged exposure to one of the decay products of uranium or radon gas in high concentrations increases your chance of getting cancer. But three buckets of ore sitting in a basement or in a closet is a lot different than somebody going down into a mine and working for 30 years mining uranium ore. It’s not just the dose rate, but it’s the total dosage you get is what determines your risk.

Why is the ore less worrying than, say, if there had been three buckets of spent fuel?

It’s like having a little, tiny warm rock sitting in a bucket in your living room versus having a massive slug of molten metal in your living room. I mean, one is like, “Oh, yeah, okay. I can feel it. It’s a little warm.” And the other one’s like, “Holy crap, it’s going to destroy my house.”

With nuclear fuel, the uranium is fissioned. So it’s put into a reactor and it’s bombarded with neutrons and the elements actually split into pieces and the pieces, the fissioned products, are extremely radioactive. And so not only is that fuel, depending on how fresh it is, thermally really, really warm. But it is emitting a lot of radiation — way, way more than this ore would. Particularly if the fuel is reasonably fresh out of a reactor, for example. And so the radiation field around it would be extremely dangerous. And if you had a fuel rod, depending on the type of fuel, it’ll probably kill you if you stood by it for even a brief period of time. This ore will not do that. So that’s the difference — the concentration of radiation coming off of it.

Why would someone keep uranium ore around in a bucket?

There are some uranium sites around the Grand Canyon. There’s some mining activity. If they were teaching geologists, it could be to show “here’s what uranium ore looks like.” You could use it as a tool, to say here’s what kind of radiation count rates you’re going to see if you find this kind of grade ore. Or they may have brought it in if the museum was associated with a lab and they wanted to do an assay to see what the concentration of uranium was, because all the detector would do is give you a rough indication of the quality of the ore. There’s a lot of reasons why there might be ore in a bucket that somebody then forgot about and set in a closet.

“It’s a legitimate teaching tool. It really is.”

Ore in a drum was part of a teaching tool when I was getting my master’s and my doctorate in radiological health sciences. We wanted to understand how radon was produced and how you measured the activity concentrations of radon, and in order to do that, you need a source. The cheapest source is to get a 55 gallon drum and have some uranium ore in there and you let it decay and the drum is sealed and the radon can build up and you can actually pull off some of the radon and do measurements with it. It was in an area where they could control air flow. For that particular situation, you’re concerned about inhaling really high concentrations of radon gas. It’s a legitimate teaching tool. It really is.

It’s not something that in small quantities is going to kill you. You’d have a small increase of cancer risk. There’s natural uranium outcroppings all over the United States — for example, where the Navajo Nation is. A lot of the Navajo worked in the mines. Some of the rock that wasn’t good enough quality to ship off for processing could be used in building structures. They’ve had issues where families would build hogans out of rock that had elevated levels of uranium, and that would then result in elevated levels of radon in the homes. And so the EPA has been working with the Navajo Nation Environmental Protection Agency to actually identify homes and areas that have elevated uranium and radon concentrations and remediate homes and get them in safer building structures. But again, it’s a much larger quantity than three buckets sitting in a closet or in a back room.

What about the risk from radon gas? How long does the radon stick around?

Radon has roughly a three-day half life. It’ll diffuse out of the buckets into the room, but if the room is ventilated, then the concentration drops and it’s not really a large issue. If you have it in a room that has really crummy ventilation and then potentially you could have an elevated radon level that exists. And so again, that would be something that people would take a look at and say, “Okay, is this in a closed space where folks would be sitting for prolonged periods of time? What is their potential risk over the long-term from inhaling any radon that’s coming off of that?” It’d be an elevated risk of lung cancer, and again, it takes a pretty large dose to get to a level where we can actually see evidence of cancer causation in populations.

What sort of cleanup would make the museum 100 percent safe?

“Take the buckets out.”

Take the buckets out. Say one of the bucket’s lids didn’t close: take a survey and make sure you don’t have little particles of soil that have dropped out. You remove it from the museum, there’s no hazard there. You move it back to the natural environment, and there might be an elevated level in the environment. But again, unless you build your house on top of the ore body and you live there 100 percent of the time, you’re going to be fine walking around. 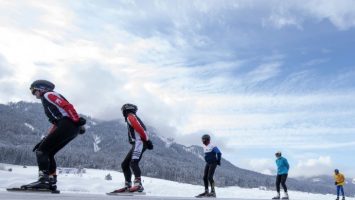 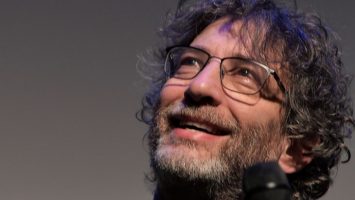