One of the most commonly repeated criticisms of Bitcoin is its energy consumption. It seems that every few months, some new report is penned stating that Bitcoin uses the same amount of electricity as an ever larger country.

However, demonising Bitcoin on such grounds is highly reductionist. After all, there is a lot more that goes into our current monetary system than just ten thousand or so supercomputers running day and night.

Bitcoin Can Clean Up Its Act, Can Fiat?

The main gripe environmentalists seem to have with Bitcoin is that it uses a lot of electricity. This, of course, is true. However, it doesn’t tell the whole story.

Electricity around the globe is gradually getting greener. Renewable energy technology is improving every year. The shift from fossil-fuel-intensive Bitcoin mining operations based in China to those harnessing geothermal power or hydroelectricity is clear evidence that those running the equipment to secure the Bitcoin network are keen to increase profits margins by turning to these vast, largely untapped, and ultimately renewable energy sources.

Compare this to how the Federal Reserve and national banks operate. Buildings, manufacturing plants, machinery, and many other things all need constructing and operating to create a system that enough people will trust in for it to be of any use whatsoever.

This is bad enough. However, there is a hidden environmental cost of the current financial system that is rarely considered – the cash itself.

Around 7.4 billion bank notes were produced last year in the United States alone. The following Tweet highlights the financial cost of many of the processes involved with operating a functioning financial system:

$800M to manufacture US dollars

$24M to transport them

There is still an estimated $3B counterfeit bills globally.

People rarely consider that they actually fund the very fiat system that slowly (or rapidly) depletes the value of their labour over time. The Federal Reserve doesn’t foot the bill, the taxpayer does. By contrast, taxes don’t pay for Bitcoin miners, the Bitcoin network doesn’t need external funding. The users and the system itself pays for the security and trust is ensured mathematically – it doesn’t need to be bought.

Not only this but the notes themselves require immense resources to get into circulation. Of course, there is the cotton paper. However, there is also the special ink required to ensure the bills are difficult to counterfeit, the gelatin used to give them extra durability, and the cost to design a new note every few years to keep counterfeiters on their toes. This latter step often involves increasingly elaborate methods of printing that require more use of colour shifting inks, more intricate designs, raised printing techniques, and many other methods to make sure it’s easy to check that you have a real note and difficult to make a convincing fake.

Notes then need transporting, their quality checking (some are, of course, rejected causing greater waste),  and all of this on top of the cost (both economically and environmentally) of running the institutions that we must request permission to transact through.

As if that wasn’t bad enough but the above Tweet reminds us that it’s a downright inefficient system. Despite the $800 million spent on just the manufacture of new money, there is still an estimated $3 billion in counterfeit bank notes circulating around the globe.

It is understandably incredibly difficult to quantify the total cost of the fiat monetary system. However for an environmentalist to lambaste a new technology for being energy intensive ultimately holds back human progress. Technology gets more efficient over time. It always has. There is nothing to suggest that Bitcoin mining will not get more efficient too. In fact, it already is doing thanks to operations tapping into hydro power in Canada and geothermal energy in Iceland.

The post Think Bitcoin is Wasteful? Have You Ever Thought About the True Cost of Fiat? appeared first on NewsBTC. 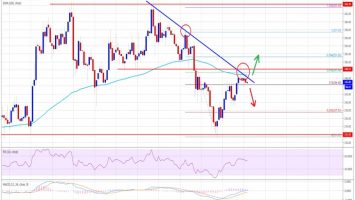 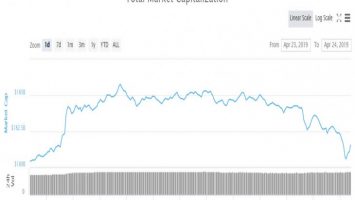