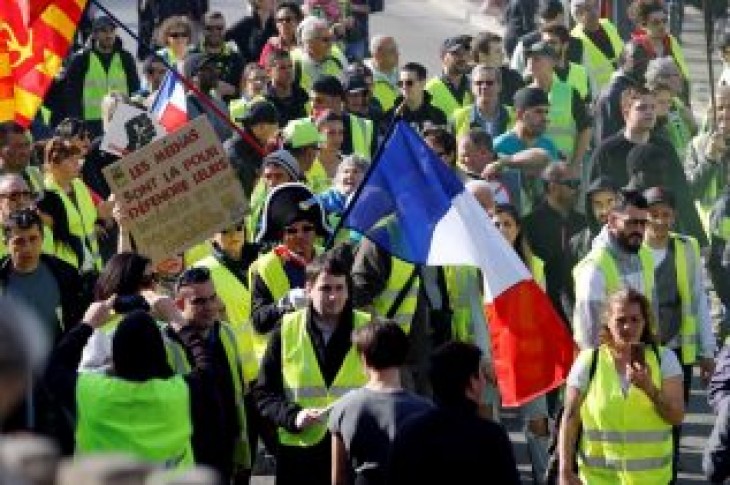 PARIS (Reuters) – Thousands of people marched on Saturday in Paris and other cities and dozens were arrested as France’s “yellow vest” movement staged its 15th consecutive weekend of demonstrations against the government.

Demonstrations have generally got smaller since a peak in December when the French capital saw some of the worst rioting, vandalism and looting in decades.

The protests — named after the fluorescent jackets French motorists have to carry in their cars — began in mid-November over rising fuel prices and the cost of living but morphed into a broader movement against President Emmanuel Macron and his pro-business reforms.

Fourteen people were arrested in Paris, but protesters marched mostly peacefully through the capital’s wealthier neighborhoods surrounded by a heavy police presence.

Some 15 people were also arrested in the central city of Clermont-Ferrand and potentially dangerous objects were seized ahead of a march in which police said 2,500 participated.

The movement, which crystallized common complaints against taxes and high living costs rather than shared political views, has faced increased infighting as some members have sought to run in upcoming European Parliament elections.

It has, however, posed the biggest challenge to Macron’s authority since he came to office in May 2017.

His popularity has recovered from lows reached in the wake of violent clashes during protests in December after he launched a series of debates across the country aimed at reconnecting with voters particularly in rural areas.

Macron received a mostly warm welcome on Saturday at Paris’ annual farm show, taking selfies with the public and chatting with farmers as he strolled for hours among the crowd and animals. 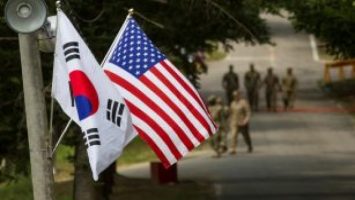