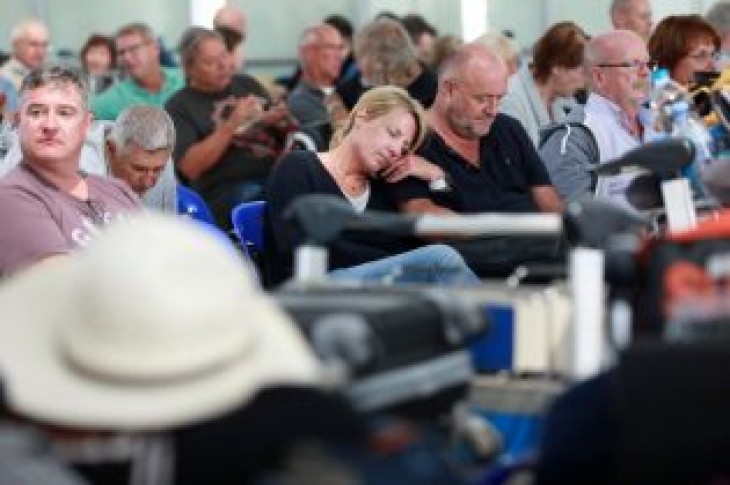 BANGKOK (Reuters) – Thousands of travelers were stranded in Bangkok on Thursday when Thai Airways International canceled more than a dozen flights to and from Europe after Pakistan closed its airspace amid rising tensions with India.

Thai Airways flights resumed by Thursday afternoon after the airline secured permission to reroute flights over Chinese airspace, but it could take up to three days to clear a backlog of 3,000 passengers, an airline official said.

Flights to and from London, Munich, Paris, Brussels, Milan, Vienna, Stockholm, Zurich, Copenhagen, Oslo, Frankfurt and Rome had been scheduled to fly over Pakistani airspace on Thursday, Thai Airways said in a statement.

Most of the airline’s European flights leave after midnight and the cancellations left scores of passengers stuck at Suvarnabhumi International Airport on the outskirts of Bangkok.

Thailand is among the world’s most popular tourist destinations, drawing more than 38 million visitors last year, about 6.8 million of them from Europe.

‘YOU HAVE TO WAIT’

Swiss tourist Gerlinde Hoff, 60, stayed overnight at the airport with her husband and by midday was still waiting for another flight home.

“I’m angry and I’m tired. It was such a nice holiday and now it’s a little bit not so nice”.

Airport director Suthirawat Suwannawat said 20 flights from Bangkok were canceled and three planes that had left were forced to return when Pakistan closed its airspace on Wednesday night.

“There were around 4,900 passengers in transit … About 4,000 were Thai Airways passengers,” he said, adding that Taiwan’s EVA Airways had rerouted its 900 affected travelers.

Thai Airways resumed its European flights later on Thursday after China granted permission to use its airspace, but service to and from Pakistan remained on hold.

The airline operates one flight a day to Karachi and Lahore and four flights per week to Islamabad.

“It’s now down to 3,000 remaining,” he said. “It’s expected to take no longer than three days to send them all off to their destinations”.

Pakistan closed its airspace on Wednesday as tensions with India escalated following tit-for-tat air strikes in the wake of a suicide attack that killed 40 Indian police in Indian-controlled Kashmir on Feb. 14.

World powers have urged restraint between the two nuclear-armed South Asian neighbors, who have fought two wars over the disputed Himalayan region of Kashmir.

Many airlines route flights over Pakistan and the closure of its airspace caused major disruptions on Wednesday.

China’s civil aviation authority said at least 40 flights by foreign carriers had been diverted through its airspace.

Emirates and Qatar Airways suspended flights to Pakistan and others, such as Singapore Airlines and British Airways, were forced to reroute flights.

On Thursday, Singapore Airlines said its Europe-bound flights would continue as planned and be rerouted as necessary to avoid the affected airspace.

Malaysia Airlines said on its website it was not currently flying over the affected airspace. 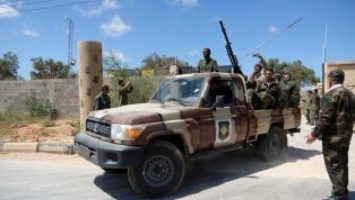 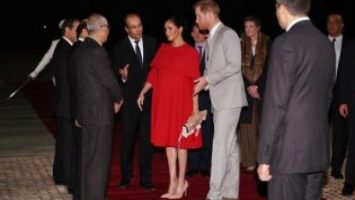