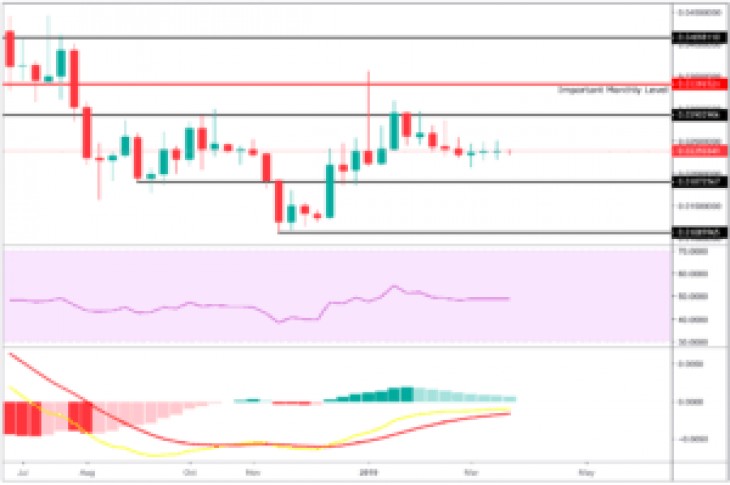 Tron has formed three consecutive Doji candles on the weekly chart showing a high level of uncertainty from traders regarding the price prospects for the eleventh-ranked cryptocurrency by market cap.

Tron was recently knocked out of the top 10 market cap ranking list after being surpassed by Cardano.

Price has not made any significant moves on the weekly chart since early February.

Price failed to maintain values above $0.029 in late January which catalyzed a decline to $0.023 where the price has been consolidating for the past several weeks.

The majority of the trading during the week was also reflective of the consolidating price we have been seeing.

There was more price movement over the weekend with the price undergoing an increase on Saturday only to reverse the majority of these gains on Sunday.

Price is forming a Dragonfly Doji candle on today’s candle.

A Dragonfly Doji candle is a candle where the open, close, and high are around the same point while a long lower wick reflects selling pressure that bought price lower earlier in the candle’s price action.

This candle can be a bearish sign when it comes after an uptrend as it typically reflects higher amounts of selling pressure coming into the market.

However, it may be more of a bullish signal for Tron with the cryptocurrency being able to absorb the selling pressure.

Price has tested support below at $0.0224 several times over the past few weeks but has failed to drop and close below.

The weekly chart has recorded several small-bodied candles over the past weeks with no significant movement since early February.

Price has been forming higher lows showing that the price of IOTA has more of an upward directional bias than Tron.

After numerous tests of $0.305 as resistance, IOTA has managed to move above and seems to now be moving back to retest the level as support.

Numerous tests of a resistance level serve to weaken the level with progressively fewer sellers to hold the level on each test. 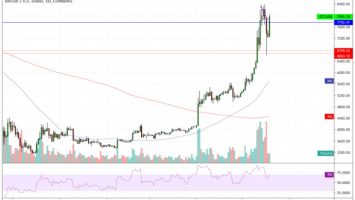