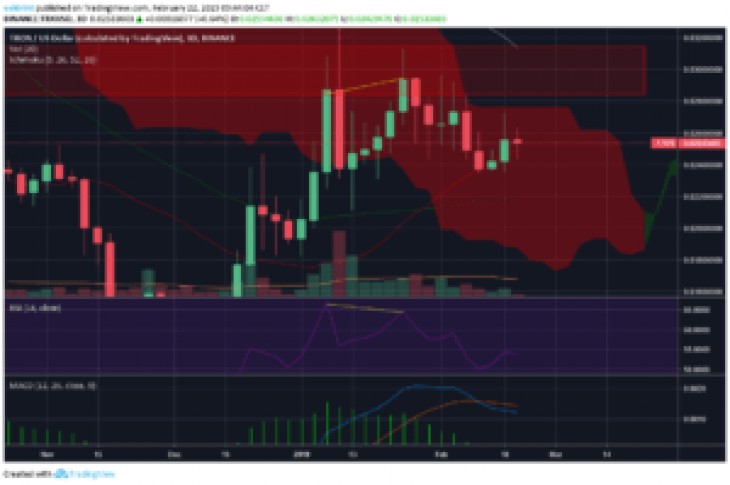 A look at the Weekly chart for TRX shows that price is currently trading at $0.025, between the 21 and 50-period moving averages.

Price is slightly below the resistance area near $0.3, having previously unsuccessfully attempted twice to break above it.

The MACD is starting to lose power even though it is very close to turning positive for the first time since July 2018.

The current weekly candle is shaping up to be an inverted hammer with a long upper wick, possibly signifying a trend reversal.

A look at the 3-day chart shows that price has found support right above the 21-period MA.

Price is currently trading inside the negative Ichimoku cloud.

We can see that the retracement occurred after a double top accompanied by a bearish divergence in the RSI and resistance from the 100-period MA.

The MACD has made a bearish cross and is falling down.

The support offered by the 21-period MA seems crucial to price holding its current value.

A look at the Daily chart shows that the 21 and 50-period MAs have made a bearish cross and are offering very close resistance to the price.

However, the price is trading inside the positive Ichimoku cloud.

The daily chart also gives us our first support area which is found near $0.024.

A look at the 6-hour chart shows that on February 11th price broke down from the long-term support line it had been trading in for 44 days.

After dropping to the support area near $0.24, it tried unsuccessfully to break through the resistance line, which has now been validated five times.

I believe that there will not be any major fluctuations in price over this week, and it will fall to the support area near $0.024 and consolidate.

TRON Price Prediction: After Falling to the Support Area Near $0.24, When Will TRX Break Above the Resistance Line? was originally found on Cryptocurrency News | Blockchain News | Bitcoin News | blokt.com. 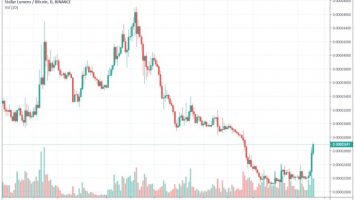