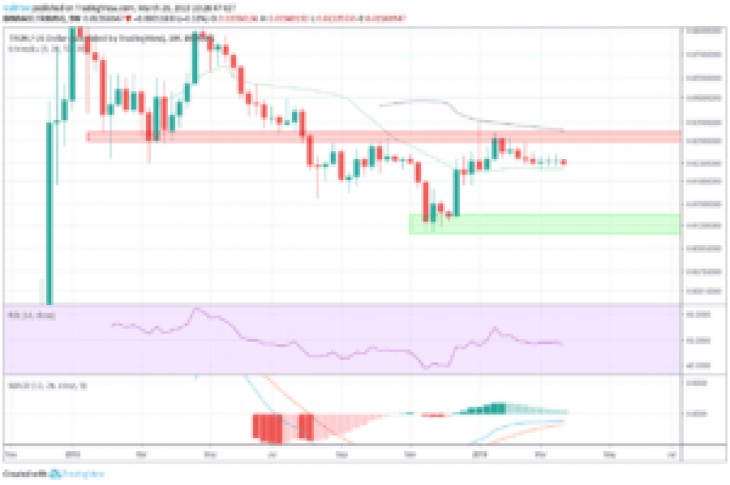 A look at the Weekly chart for TRX shows that the price is trading between the 21 and 50-period moving averages.

It has found support above the 21-period MA.

It made a bottom near the support area at $0.012 and is currently close to the resistance area of $0.03.

The MACD has made a bullish cross and is moving upward, but is not positive yet and has lost most of its strength.

The RSI is at 47, indicating neither oversold nor overbought conditions.

There has been a minimal movement for the past seven weekly candles.

The current weekly candle is bearish

A look at the 3-day chart shows that price has found support above the 50-period moving average.

However, after a long period of decreasing, the MACD has crossed into negative territory.

Similar to the weekly chart, the RSI is at 46.

A look at the Daily chart is a slightly more bearish outlook.

Firstly, the price has been following an ascending support line for 122 days.

However, the price is trading below the 50-period moving average, which recently rejected price on Mar 21.

A look at the 6-hour chart shows that since the high near $0.32, the price has been trading inside a symmetrical triangle.

It has had multiple unsuccessful attempts at breaking out above the resistance, the latest one in the middle of February.

Also, the MACD has made a bearish cross and has just crossed negative almost negative. 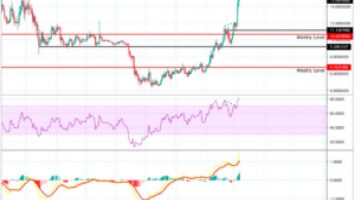 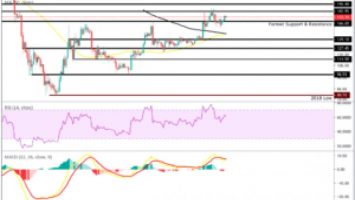