A look at the Weekly chart for Tron shows that price is following a descending support line.

Price is trading above the 7 period moving average but below the 21.

No bullish cross has occurred yet.

The MACD is moving up with strength but is not positive yet.

A look at the 3-day chart shows that price tried unsuccessfully to break through the resistance by the Ichimoku cloud at $0.03.

The 7 and 21 period MAs have made a bullish cross. However, there is bearish divergence developing in both the RSI and the MACD.

A look at the Daily chart provides a clearer view of price movements.

We can see that there is an even more pronounced bearish divergence in both the RSI and the MACD.

Furthermore, the MACD has made a bearish cross and is going down.

Finally, a look at the 6-hour chart gives us a structure in which price is trading in.

We can see that price is following an ascending support line.

The price touched the resistance at $0.031 before retracing to the support line.

A resistance line to keep an eye on is the dashed red line, which could provide resistance during the next week if it gets validated.

I believe that price will not break through the resistance at $0.032, and will break down over the next two weeks, eventually heading for the support area at $0.018-$0.019.

Tron Price Prediction: The Second Attempt at Breaking Resistance Was Unsuccessful, Will Price Break Through on the Third One? was originally found on Cryptocurrency News | Blockchain News | Bitcoin News | blokt.com. 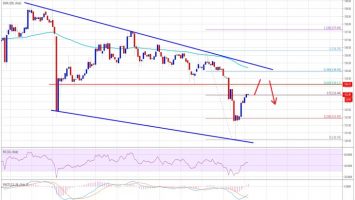