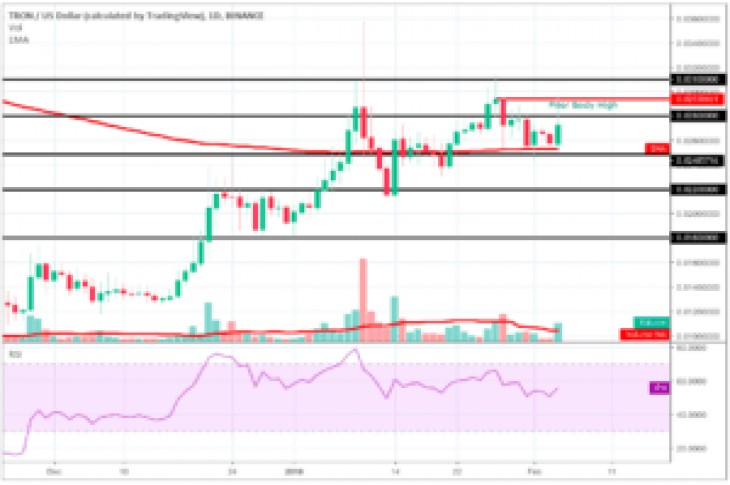 After a week of underperformance, Tron starts the week with price surging.

Tron is the top performer in the top ten cryptocurrencies over the past 24 hours with data from Messari recording a 4.55% increase.

Price had been meeting support at the 200 exponential moving average (EMA).

Price tested this level a number of times, but any drop below was quickly rejected by traders with the price rising back up.

The price spike today rose to the level of where the last high closed around $0.0293.

$0.028 has acted as an important point of resistance for price action over the past few weeks.

Any breaks significant breaks above $0.028 in recent trading have brought significant liquidity into the market.

The spike today took place on significant volume, but we can see it reversing quickly upon reaching the close of the last high.

The close of the last high was also the point where price sharply broke down in late January.

Tron looks to have returned to its recent trend of outperformance compared to other cryptocurrencies.

Other top cryptocurrencies such as Bitcoin have started the week within a tight trading range. 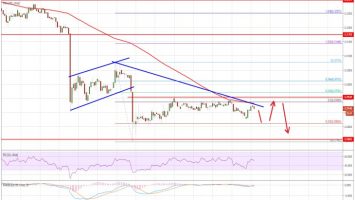 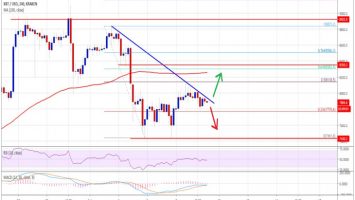