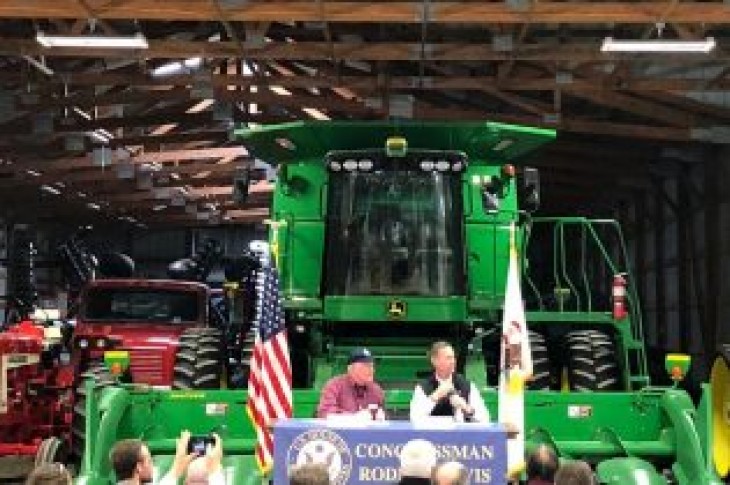 WASHINGTON (Reuters) – The Trump administration on Thursday unveiled a $16 billion farm aid package to offset losses from a 10-month trade war with China and said payment rates to farmers would be determined by where they farm rather than what crops they grow.

The package, the bulk of which will be spent on direct payments, surprised growers and traders who had expected to learn separate payment rates for soybeans, hogs, corn and other crops in the Department of Agriculture (USDA) briefing.

Farmers, a key constituency that helped carry U.S. President Donald Trump to his 2016 electoral win, have been among the hardest hit from a trade dispute with China, once a destination for more than 60 percent of U.S. soybean exports.

The trade dispute, which escalated this month after Washington and Beijing hiked tariffs on imports of each other’s goods, has left U.S. farmers sitting on record volumes of soybeans with China halting purchases.

USDA officials said on Thursday they will roll out $14.5 billion in direct payments in three separate tranches with the first one planned for late July.

“The package we are announcing today ensures that farmers will not bear the brunt of those trade practices by China or any other nations,” Secretary of Agriculture Sonny Perdue said. “While farmers would tell you they’d rather have trade not aid, without the trade … they’re going to need some support.”

Perdue also said the second and third tranches, with exact amounts yet to be decided, will be dependant on the progress in the trade talks and whether the U.S. will get a deal with China. The total package also includes $1.4 billion of support through food purchases and $100 million allocated to development of foreign markets.

Perdue said the USDA has redesigned last year’s aid program of up to $12 billion based on feedback. The new package therefore will have a single payment rate per county, calculated by the damages in that area, instead of a rate for every commodity across the nation.

“Those per acre payments are not dependent on which of those crops are planted in 2019, and therefore will not distort planting decisions,” USDA said in a statement.

Chicago Board of Trade corn futures turned lower and soybean futures extended earlier losses after the announcement. Some analysts said the trade aid package could encourage farmers to try to seed their crops in order to qualify for the relief despite overly wet fields that have stalled planting this spring.

Jim Hefner, an Ohio farmer who has not been able to start planting due to heavy rain, said the plan could cause him to alter his initial acreage plans, however.

“I guess we would make more of an effort to get something planted,” Hefner said. “We may forgo corn and plant soybeans.”

Trump is expected to deliver remarks on the farm aid package on Thursday afternoon after a meeting at the White House with farmers and ranchers.

Dan Henebry, a corn and soybean farmer in Buffalo, Illinois, said the payments are directed at rural areas that helped propel Trump into office. Henebry, who voted for a third-party candidate in 2016, said he wants the president to end the trade war with China.

“If we solve the issue, we wouldn’t need this,” he said about the aid package. 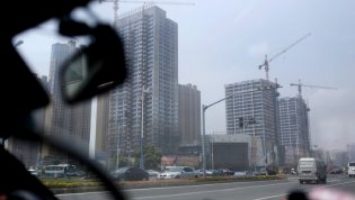