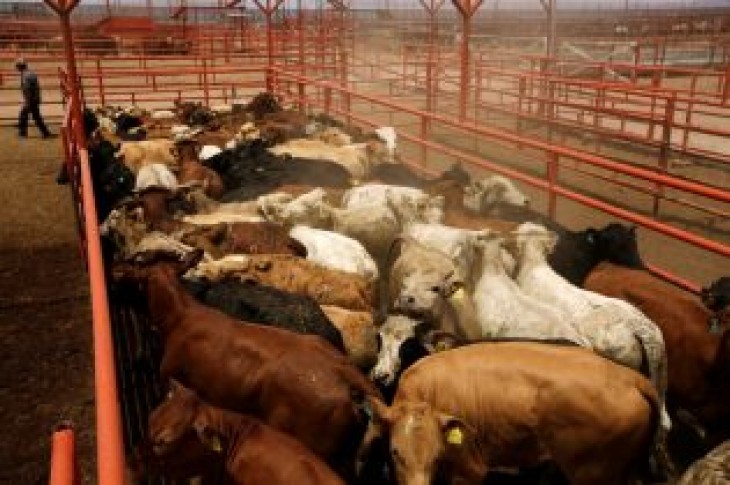 CHICAGO (Reuters) – U.S. President Donald Trump’s plan to slap tariffs on imports of Mexican goods could slow another, often overlooked migration: the more than 1 million cows exported by Mexico across the border each year which become part of the U.S. beef supply.

Tariffs on cattle crossing the border could raise costs for U.S. meat producers and processors, ranchers and economists said, particularly in border states like New Mexico and Texas that supplement more of their herds with Mexican cattle. Those fees could also contribute to more expensive barbecues for U.S. consumers.

Nationwide, the imported livestock account for about 4% of the U.S. supply of young cows, known as feeder cattle. But in parts of the U.S. South and Southwest, more than a quarter of the cattle in feed yards at any given time can originate in Mexico, making those regions among the most vulnerable to Trump’s unilateral tariff plan.

If the duties are imposed, U.S. cattle feeders will import fewer cows due to the increased cost, said Derrell Peel, agricultural economist at Oklahoma State University, a situation that may leave them with empty space in their feed yards or paying more for U.S.-born cattle.

Texas-based Cactus Feeders, one of the largest U.S. cattle feeding companies, has fed up to 150,000 Mexican cattle in its feed lots at once, said Surcy Peoples, a Cactus cattle buyer and director of customer service. The lots have a capacity for 525,000 cattle.

“We would not have the number of cattle that we typically have available to place into feed lots” if the tariffs are imposed, Peoples said.

Trump last week said he will implement a blanket tariff on all Mexican goods from June 10 as he attempts to pressure Mexico into stopping U.S.-bound migrants, mostly from Central America. Levies would start at 5%, but could reach as high as 25% if Mexico does not comply with Trump’s demands.

The tariffs threaten major economic damage to Mexico, which sends about 80% of its exports to the United States.

The financial risk for U.S. meat producers also show how the tariffs could harm American business.

Mexican officials will seek to persuade the White House in high-stakes talks hosted by U.S. Vice President Mike Pence on Wednesday that their government has done enough to stem immigration and avoid looming tariffs.

Ahead of those talks, Pence was looking for a comprehensive suite of “tangible measures” from visiting officials about stopping the surge of Central American migrants, according to a White House official.

Chipotle Mexican Grill on Monday estimated a $15 million hit from Trump’s proposed tariffs, and said it may cover that by raising burrito prices by around 5 cents to offset higher costs for imported avocados.

The United States last year imported about 1.3 million feeder cattle from Mexico, the most since 2012, according to data analyzed by the Livestock Marketing Information Center, an industry group.

Mexican cattle in the United States are raised in feed yards from Texas to California and Colorado until they grow large enough to be slaughtered by U.S. processors, like Tyson Foods Inc and JBS USA.

Tyson declined to comment and JBS USA did not respond to request for comment. Cargill Inc, a major U.S. supplier of ground beef, said it was assessing the potential impact of tariffs.

Trump’s 5% tariff could threaten profits for some U.S. cattle-feeding businesses that operate on thin margins, said Jim Robb, senior economist for the center.

“Often in the cattle business, 5% is the difference between profit and loss,” Robb said.

Meat from some of the cattle may end up back in Mexico, the third-biggest export market for U.S. beef. But that export demand could ease if Mexico imposes retaliatory tariffs on U.S. farm products in response to Trump’s tariffs.

“It scares me that they would start putting tariffs on U.S. beef,” said Pete Bonds, a cattle rancher and president of Bonds Ranch in Saginaw, Texas.

“If they are fed in Mexico, they will develop their own customer base that could eventually lead to them becoming competitive in nature to our beef market,” said Jesse Larios, manager at Foster Feed Yard in Brawley, California.

“They are delivering to the U.S. border cattle that cattle feeders like myself can purchase that the American consumer is going to want,” Larios said. 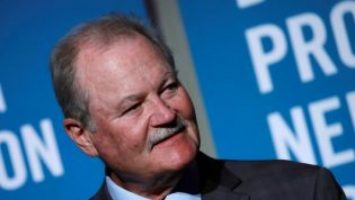