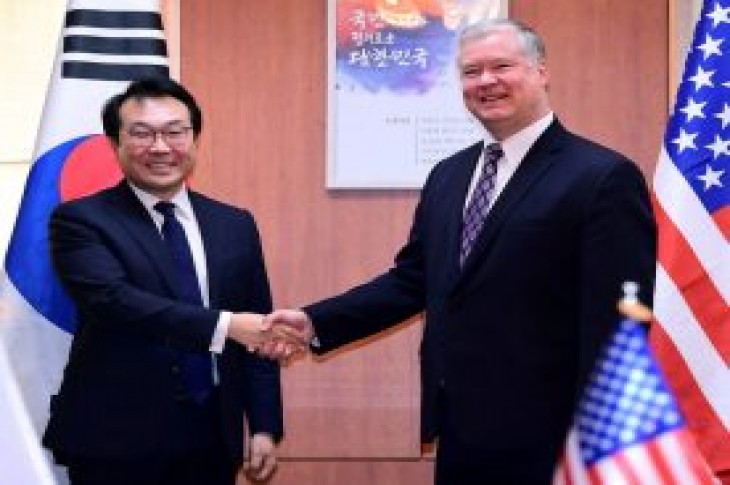 By David Brunnstrom and Matt Spetalnick

WASHINGTON (Reuters) – Days before a second U.S.-North Korea summit, much rests on the shoulders of a former auto executive trying to find common ground between an American president seeking a big foreign policy win and a North Korean leader who seems unlikely to hand him one.

Stephen Biegun, named Donald Trump’s special envoy for North Korea six months ago, flew to Hanoi ahead of the Feb. 27-28 meeting in the Vietnamese capital where Trump hopes to get closer to his goal of persuading Pyongyang to give up a nuclear weapons program that threatens the United States.

It’s a tall order, even for someone accustomed to tough assignments.

Before joining Ford as head of international government relations, Biegun was handed the job of giving Sarah Palin a crash course in foreign policy when she was John McCain’s 2008 presidential running mate.

Such experience could prove helpful in explaining what is achievable to Trump, who came into office similarly lacking in diplomatic experience and has set his sights on North Korea as one issue he can tout as a major success that has eluded his predecessors.

While Biegun worked for decades as congressional staffer and as a White House foreign policy aide under President George W. Bush, his latest appointment was initially greeted with skepticism, given he was primarily a Russia specialist with little exposure to the complex North Korea problem.

But several North Korea experts who have since advised Biegun told Reuters they have been struck by how methodical he was in taking the time to talk to as many of them as possible and described him as a quick learner.

Nuclear expert Siegfried Hecker, a former director of the Los Alamos weapons laboratory in New Mexico who is among those who has met Biegun, said was encouraged by the way Biegun had made up for his lack of specialist knowledge by seeking out the right people.

“What he’s been doing is learning and gathering things. I’m impressed by what he’s done – he’s got good advisers.”

A 16-member team Biegun took with him to Pyongyang for three days of talks earlier this month included missile experts, nuclear experts and specialists in international law.

A Capitol Hill staffer whose Democratic Party has been critical of Trump’s personal approach to North Korea, said Biegun’s attitude appeared “much more realistic than what we’ve heard from the administration thus far.”

Biegun has also won admirers in South Korea, where one former senior diplomat said he clearly had experience in handling complex issues and knew how Washington works. “Among all the nuclear envoys I’ve seen for decades, he must be the weightiest,” he said.

However, it will take more than intelligence, gravitas, an open mind and political savvy to convince North Korea to abandon a nuclear weapons program its ruling family has long seen as essential to its survival.

Biegun has avoided formal media interviews, but did deliver a wide-ranging speech at Stanford University on Jan. 31, when he admitted that despite months of U.S.-North Korea talks, the two sides still had no agreed definition of the term “denuclearization.”

And in spite of Trump’s declaration after the last summit that the nuclear threat from North Korea was over, the country has yet to agree to freeze production of fissile material and its missile program, despite a de facto moratorium on nuclear and missile testing since 2017.

Biegun has said he will be seeking both in Hanoi and will also be looking to agree a roadmap for a possibly lengthy post-summit negotiation process.

Yet neither the U.S. intelligence community, nor regional military commanders believe North Korea will agree to give up all of its nuclear weapons.

While welcoming an easing of tensions, critics worry the Trump administration – Biegun included – is now following Pyongyang’s playbook by dropping past demands for complete denuclearization before any concessions.

Trump and U.S. officials insist North Korea’s complete and verified denuclearization remains the ultimate goal, but experts say the mechanics of a negotiated process mean this could take many years – if it happens at all.

Trump’s close involvement could prove a mixed blessing for Biegun.

Unlike predecessors, Biegun has had significant direct contact with Trump, including involvement in White House talks with North Korean officials and an Oval Office meeting with the president in December.

But Trump has sometimes demonstrated a tendency to ignore advisers and act on impulse.

Biegun, according to a veteran American North Korea hand,” is a prisoner … of a president who has no interest in the substance of the issues.” “The president’s priority is himself – his brand,” the person said, speaking on condition of anonymity.

Biegun is also beholden to Secretary of State Mike Pompeo, a trusted Trump aide with a reputation for following the president’s marching orders and for rarely contradicting him.

While Pompeo has overall control of North Korea policy, Trump’s national security adviser, John Bolton, known for hawkish views on a range of global issues, has appeared to fade into the background on North Korea since his calls for the nation’s rapid disarmament nearly derailed the first summit.

The extent of Bolton’s involvement in the Hanoi meeting remains unclear.

Analysts say that for Biegun’s methodical approach to prevail he will need to deliver a semblance of progress in Hanoi. They warn Trump’s taste for a showy moment and apparent lack of patience with the sort of detailed drawn-out haggling any lasting deal will require could complicate Biegun’s task.

A photo Trump tweeted on Christmas Day showing him reading a memo at his desk in the Oval Office while Biegun and White House adviser Allison Hooker stand on his side, looking on, captured the awkwardness of his subordinates’ role. https://twitter.com/realDonaldTrump/status/1077311502615490560

Toby Dalton, of the Nuclear Policy Program at Washington’s Carnegie Endowment for International Peace, who was among Biegun’s advisers, noted he had left himself ample leeway in his Stanford speech for a reason.

“This reflects uncertainly about what U.S. policy is,” he said. “U.S. policy is what the president says it is on any given day.”

(Reporting by David Brunnstrom and Matt Spetalnick in Washington and Hyonhee Shin in SEOUL; Editing by Mary Milliken and Tomasz Janowski) 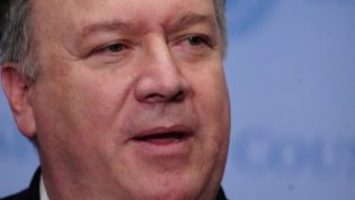 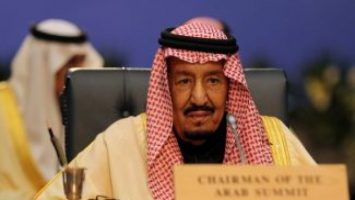