BEIJING (Reuters) – China should hold talks with Tibet’s spiritual leader, the Dalai Lama, U.S. Ambassador to China Terry Branstad told Chinese officials during a trip to the Himalayan region where he criticized Beijing for interfering in religious freedom.

Branstad visited Tibet last week, the first such trip by a U.S. ambassador since 2015, amid escalating trade and diplomatic tension between the two countries.

His visit followed the passing of a U.S. law in December that requires the United States to deny visas to Chinese officials in charge of implementing policies that restrict access to Tibet for foreigners, legislation that was denounced by China.

Branstad met Chinese government officials and Tibetan religious and cultural figures, and “raised our long-standing concerns about lack of consistent access” to Tibet, the U.S. Embassy in Beijing said in an emailed statement on Saturday.

“He encouraged the Chinese government to engage in substantive dialogue with the Dalai Lama or his representatives, without preconditions, to seek a settlement that resolves differences,” an embassy spokeswoman said.

“He also expressed concerns regarding the Chinese government’s interference in Tibetan Buddhists’ freedom to organize and practise their religion,” she said.

Beijing sent troops into remote, mountainous Tibet in 1950 in what it officially terms a peaceful liberation and has ruled there with an iron fist ever since.

The Dalai Lama fled to India in early 1959 after a failed uprising against Chinese rule, and Beijing still brands him a dangerous separatist. China says its leaders have the right to approve his successor, as a legacy from China’s emperors.

But the 83-year-old Nobel peace laureate monk, who lives in exile in the northern Indian hill town of Dharamshala, has said that his incarnation could be found in India after he dies, and that any other successor named by China would not be respected.

Tibetan tradition holds that the soul of a senior Buddhist monk is reincarnated in the body of a child on his death.

China’s Foreign Ministry said last week that the government welcomed Branstad’s visit, but that China hoped the ambassador would not take any “prejudices” with him on the trip.

The U.S. government is required to begin denying visas by the end of this year. 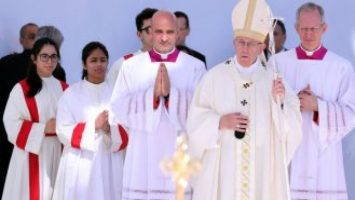 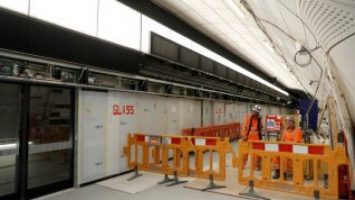