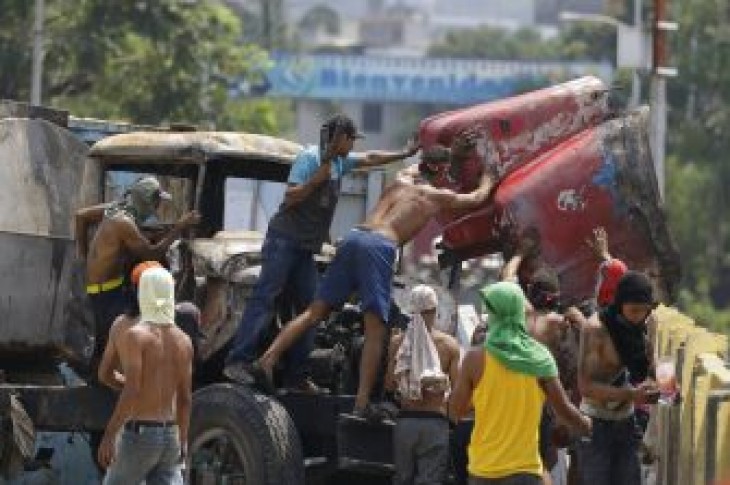 The U.S. has announced new sanctions against Venezuela as critical humanitarian aid is blocked from getting into the country.

On Monday, Treasury Secretary Steven Mnuchin said the sanctions are targeting four Venezuelan governors. The officials are assisting the Maduro regime with the blockade, which is causing the people of Venezuela to suffer. Mnuchin claimed the governors are involved in “endemic corruption,” and said their actions are shameful.

Venezuelans work to remove a roadblock created by Venezuelan National Guards on the Simon Bolivar International Bridge in La Parada, near Cucuta, Colombia, on the border with Venezuela, Sunday, Feb. 24, 2019. A U.S.-backed drive to deliver foreign aid to Venezuela on Saturday met strong resistance as troops loyal to President Nicolas Maduro blocked the convoys at the border and fired tear gas on protesters. (AP Photo/Fernando Vergara)

Meanwhile, Vice President Mike Pence met with Venezuelan interim President Juan Guiado and Colombian President Ivan Duque in Colombia Monday after a weekend of violence at the border between the two countries.

The vice president thanked Duque for convening a gathering of Latin American countries at a “critical time for freedom in Venezuela.” He said he was sent by the president to stand with America’s friends and allies in the embattled country, and told Guaido the president is with him “100-percent.”

Pence is scheduled to meet with Venezuelan migrant families in Colombia before returning to Washington, D.C. 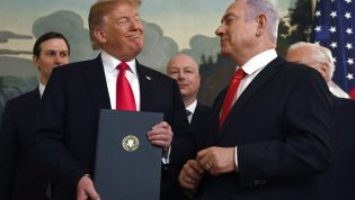 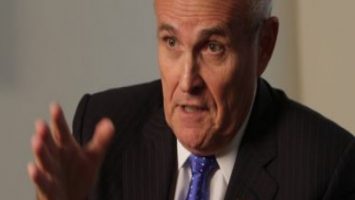