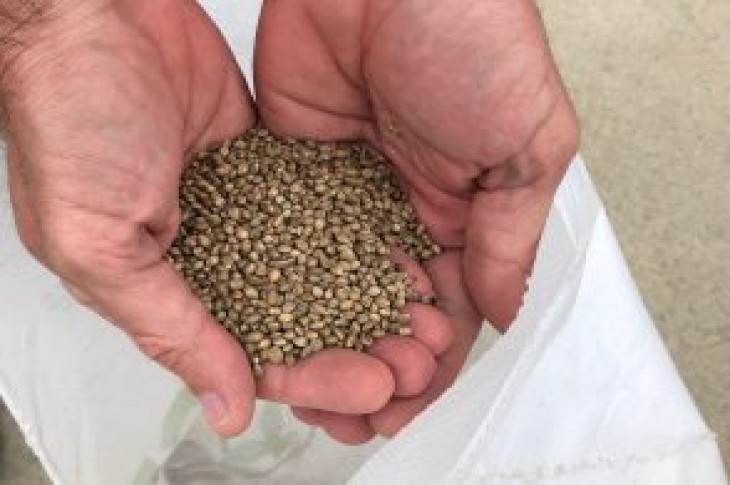 By Julie Ingwersen and David Randall

HAYSVILLE, Kansas (Reuters) – A growing number of U.S. farmers battered by low grain prices and the threat of a prolonged trade war with China are seeking salvation in a plant that until recently was illegal: hemp.

A cousin of cannabis plants that produce marijuana, hemp is used in products ranging from food to building materials and cannabidiol, or CBD oil, which is being touted as a treatment for everything from sleeplessness to acne to heart disease.

Interest in hemp picked up with the passage of the 2018 Farm Bill in December, which removed hemp from the federal Drug Enforcement Administration’s list of controlled substances and put it under the oversight of the U.S. Department of Agriculture (USDA). Unlike marijuana, industrial hemp doesn’t contain enough of the psychoactive chemical THC to give users a high.

The new rules call for the USDA to award hemp planting licenses to farmers but the agency has not yet regulated the process, meaning individual states are still issuing the licenses.

Industrial hemp plantings this year could double from the 78,176 acres seeded in 2018, said Eric Steenstra, president of advocacy group Vote Hemp. In 2017, 25,713 acres were planted on pilot programs authorized under the 2014 farm bill.

The U.S. hemp market is growing along with supply. U.S. sales of hemp reached $1.1 billion in 2018 and are projected to reach $1.9 billion by 2022, according to Vote Hemp and the Hemp Business Journal, a trade publication.

The profit potential is high: A good yield of food-grade hemp, for instance, can net farmers about $750 per acre, said Ken Anderson, founder of Prescott, Wisconsin-based hemp processor Legacy Hemp. Hemp seeds can be baked in to bread or sprinkled onto cereal or salads.

“That’s a profit that blows corn and wheat and everything else out of the water,” he said.

By comparison, soybeans bring in $150 or less per acre, and sales of the U.S. crop to China have fallen sharply since the onset of the trade war last year.

Before they can cash in on hemp, however, U.S. farmers must learn the science of producing an unfamiliar crop and wrestle with shifting regulations and other uncertainties.

“Nobody has any experience whatsoever,” said Rick Gash, 46, a businessman in Augusta, Kansas, who plans to grow his first-ever hemp crop on a horse pasture on his old family property.

CBD oil, which is concentrated in the hemp plant’s flowers, made up an estimated 23 percent of hemp sales in 2017, according to the Hemp Business Journal.

While the USDA oversees hemp planting, regulation of hemp products mostly falls to The Food and Drug Administration (FDA). Though the agency has not approved food and supplements containing CBD, such products are widely available and the agency has done little to curtail their sales.

Furthermore, the FDA mainly has jurisdiction over commerce between states, meaning products developed and sold locally in states that have more tolerant laws for hemp products is legal.

Other CBD products with no health claims or ‘soft’ claims have drawn no federal enforcement, he said, “causing many people to confuse availability with legality.”

The FDA said in a statement to Reuters it had developed a strategy to evaluate existing CBD products and create lawful pathways for bringing them to market. The agency knows some companies are marketing products containing hemp-derived compounds in ways that violate the law but has prioritized those making unwarranted health claims for enforcement action, the FDA said.

“Our biggest concern is the marketing of products that put the health and safety of consumers at greatest risk, such as those claiming to prevent, diagnose, treat, or cure serious diseases, such as cancer,” the agency said in the statement.

Despite the uncertainty, analysts at U.S. financial services firm Cowen & Co estimate that products with CBD as an ingredient will generate $16 billion in retail sales for humans and animals in the U.S. by 2025.

Unilever Plc’s Ben & Jerry’s ice cream chain said in a May 30 statement it planned to debut CBD-infused ice cream flavors as soon as consuming the oil is “legalized at the federal level.”

In Kentucky, which launched a pilot program for hemp in 2014, farmers who used to grow tobacco are finding hemp grown for CBD oil to be a profitable alternative with a better reputation.

Farther west, in the U.S. midsection where farmers are more familiar with commodity crops like corn and wheat and have been more scarred by the trade war, some see hemp as a rotational crop grown on a larger scale for seed and fiber, rather than for its labor-intensive CBD oil.

The Kansas Department of Agriculture began issuing licenses to growers this spring, allowing the crop to be cultivated in the state this year for the first time in decades.

Jason Griffin, a specialist at Kansas State University, remains skeptical of the crop’s potential and cringes when he hears descriptions like ‘gold rush’ to describe it.

Beyond navigating changing regulations, expensive seed is one of many challenges that pioneering hemp farmers will face.

Special equipment for harvesting hemp may also be required, although some growers have been able to re-purpose the combines they already own. The hemp plant’s flowers are typically harvested by hand, while hemp for fiber is grown in fields and must be cut mechanically and dried in the field before storage.

Farmers are particularly dependent on the end buyers of hemp, as there are few third-party brokers to sell it as there are for other cash crops.

He often cautions farmers not to plant seeds until they have a contract with a buyer because prices vary widely. Legacy Hemp signs contracts with farmers before the planting season.

Other farmers are concerned over the long-term prospects. Montana wheat farmer Nathan Keane is growing female hemp plants exclusively for CBD oil, starting in a greenhouse and transplanting each plant later by hand.

“Honestly, I think the CBD thing is going to be a bubble,” he said. “I will ride the wave … but I’m really hoping the sustainability of hemp is going to be in the grain and the fiber.” 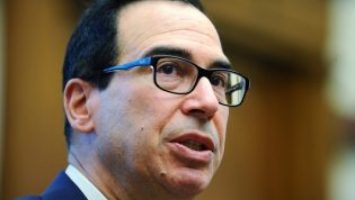 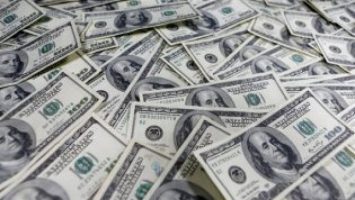