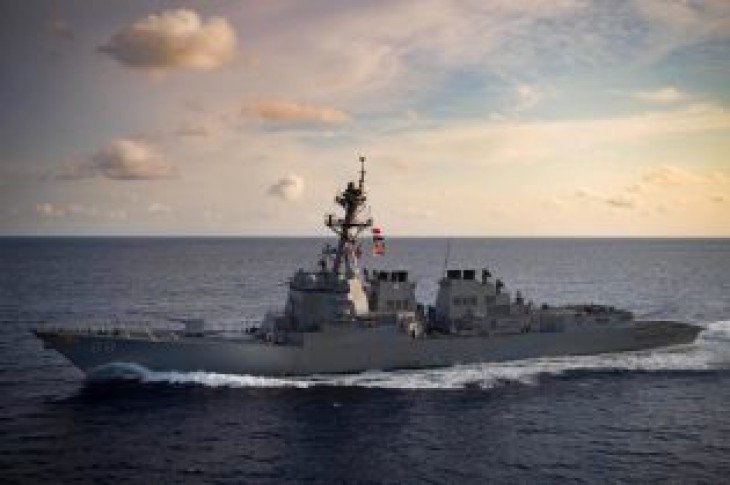 WASHINGTON (Reuters) – The U.S. military said it sent two Navy ships through the Taiwan Strait on Wednesday, its latest transit through the sensitive waterway and a move likely to anger Beijing at a time of tense relations between the world’s two biggest economies.

Taiwan is one of a growing number of flashpoints in the U.S.-China relationship, which also include a bitter trade war, U.S. sanctions and China’s increasingly muscular military posture in the South China Sea, where the United States also conducts freedom-of-navigation patrols.

The voyage will be viewed by self-ruled Taiwan as a sign of support from the Trump administration amid growing friction between Taipei and Beijing.

The transit was carried out by the destroyer Preble and the Navy oil tanker Walter S. Diehl, a U.S. military spokesman told Reuters.

“The ships’ transit through the Taiwan Strait demonstrates the U.S. commitment to a free and open Indo-Pacific,” Commander Clay Doss, a spokesman for the U.S. Navy’s Seventh Fleet, said in a statement.

Doss said all interactions were safe and professional.

Taiwan’s Defense Ministry said the two U.S. ships had sailed north through the Taiwan Strait. Taiwan’s armed forces monitored the transit and nothing out of the ordinary happened, it added.

There was no immediate reaction from China.

U.S. warships have sailed through the Taiwan Strait at least once a month since the start of this year. The United States restarted such missions on a regular basis last July.

The United States has no formal ties with Taiwan but is bound by law to help provide the island with the means to defend itself and is its main source of arms.

The Pentagon says Washington has sold Taipei more than $15 billion in weaponry since 2010.

China has been ramping up pressure to assert its sovereignty over the island, which it considers a wayward province of “one China” and sacred Chinese territory, to be brought under Beijing’s control by force if needed.

China has repeatedly sent military aircraft and ships to circle Taiwan on exercises in the past few years and worked to isolate it internationally, whittling down its few remaining diplomatic allies.

The U.S. Defense Intelligence Agency released a report earlier this year describing Taiwan as the “primary driver” for China’s military modernization, which it said had made major advances in recent years.

China has repeatedly sent military aircraft and ships to circle Taiwan on exercises in the past few years and worked to isolate it internationally, whittling down its few remaining diplomatic allies.

On Sunday, the Preble sailed near the disputed Scarborough Shoal claimed by China in the South China Sea, angering Beijing.

The state-run China Daily said in an editorial on Wednesday that China has shown “utmost restraint in responding to the incitements by the U.S.”

“With tensions between the two countries already rife, there is no guarantee that the presence of U.S. warships on China’s doorstep will not spark direct confrontation between the two militaries,” the official newspaper said.

(Reporting by Idrees Ali; Additional reporting by Yimou Lee in Taipei and Ben Blanchard in Beijing; Editing by Darren Schuettler) 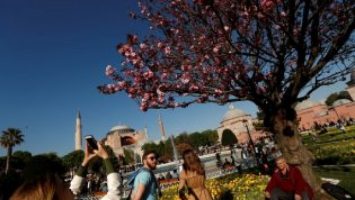