KAMPALA (Reuters) – A Ugandan pop singer and lawmaker seeking to challenge veteran President Yoweri Museveni at the next election said on Tuesday he had been placed under house arrest, as the U.S. government criticized what it called authorities’ “heavy-handed” use of force against citizens.

Police and military personnel used teargas and water cannon on Monday to disperse a large group of Bobi Wine’s supporters as they gathered for a concert at a lakeside beach resort, footage from local NTV showed.

Before the concert, Wine, whose real name is Robert Kyagulanyi, was removed by police from a vehicle near the beach, the footage showed. Wine said he was taken to his home in a northern suburb of the capital, Kampala.

In a series of tweets on Tuesday the singer said he was blocked from leaving his home by security personnel, who had told him he was under house arrest.

“Police and the military have been deployed at my residence since yesterday, after the violent arrest … They have surrounded my fence and installed barricades on all roads leading to my home,” Wine tweeted.

Police spokesman Fred Enanga did not immediately respond to calls from Reuters seeking comment about the alleged house arrest.

Museveni has ruled the East African country since 1986 and is expected to stand again in 2021 after a court last week cleared the way for him to seek re-election.

The supreme court ruling threw out a legal challenge to 2017 constitutional amendments that removed a 75-year age limit clause, which would have made Museveni, 74, ineligible to stand again.

Wine, 37, has built support since becoming a member of parliament two years ago and has said he intends to run for president. Many young Ugandans have been drawn to him by his criticism of Museveni, often delivered in his lyrics.

In recent months authorities have repeatedly canceled his music shows, citing a range of reasons including alleged failure to comply with public order management laws.

Wine and his supporters accuse security personnel of cancelling his shows as retaliation for his political ambitions.

The U.S. embassy in Kampala criticized the blocking of Wine’s music shows and of access to radio talk shows by other opposition politicians.

“We join the many Ugandans asking why their government has recently blocked musical concerts and radio talk shows, disrupted peaceful demonstrations and rallies, and deployed heavy-handed security forces against peaceful citizens,” the embassy said in a statement on Tuesday. 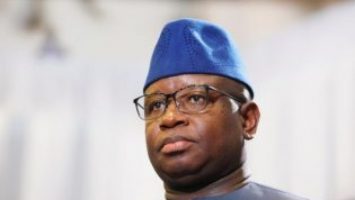 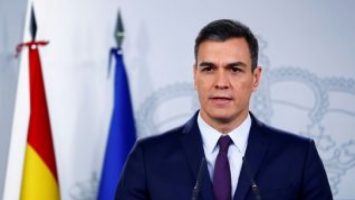